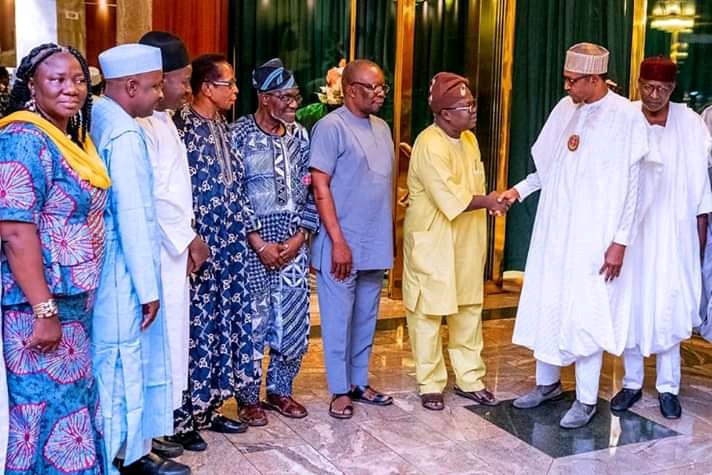 Amidst controversy over enrolment of university lecturers into the Integrated Payroll and Personell Information System  (IPPIS) President Muhammadu Buhari, has maintaned that any opposition to the exercise from the universities would be considered  as economic sabotage.

The president in a speech during the 29th convocation ceremony of the Federal University of Technology delivered by Minister of Communication and Digital economy Dr Isa Ali Ibrahim Pantami, emphasised that the policy was irreversible.

“It is for this reason that my administration gave a directive that every employee of the federal government of Nigeria including the federal universities must be enrolled in the Integrated Payroll and Personnel Information system  IPPIS, “ he explained.

He noted further that “This decision mindful as its sectoral policy, is irreversible as such any opposition to this directive is an

The president said some of the solutions  his government has

adopted might be painstaking but the government  was resolute and confident that in the end the  country would be a better place for all.

“Just as we are diversifying our economy tapping into our strings of revenue to revamp it , we have also remained resolute in ensuring that we plug the loopholes in public finance so as to eliminate fraud and retrieve funds which can be used to address challenges such as infrastructural deficit and unemployment,” he said.

President Buhari said the government would continue to revamp the education sector to make it deliver quality education , adding that the second largest allocation of N150billionn was allocated to the sector in addition to another N272billion to the Tertiary Education Trust Fund (TEF).

Earlier in his speech , the vice chancellor of the Federal University of Technology , Minna Professor Abdullahi Bala, said 168 students were withdrawn from the institution during the academic year “for various reasons bordering on poor academic performance misconduct and abscondment He said those withdrawn  were 120 undergraduates and 48 postgraduate students adding that  the action was very painful but necessary for the growth of the university and expressed the hope that the decision would send a message to the students that the university  expects the best from them as much as possible.

He disclosed that 4502 students graduated at the ceremony with 3597 receiving their first degrees,629 Masters degrees and 94 doctoral degrees.