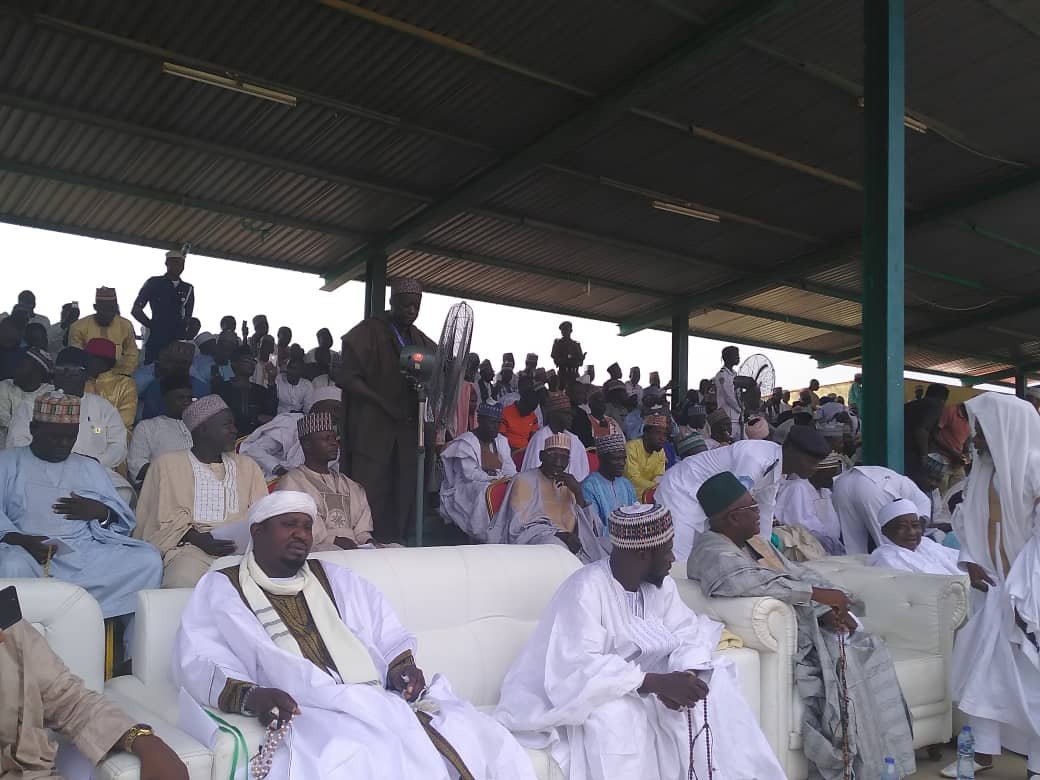 Clerics at the Maulud

Muslim faithfuls under the auspices of Jam’iyyatu Ansariddeen Attijaniyya (JAA), on Saturday converged in Abuja to marks the 2nd Nigeria World Maulud Anniversary in honour of the Holy Prophet Muhammad (Peace be upon him).

The News Agency of Nigeria (NAN) reports that the anniversary drew thousand followers of JAA, who gathered at the Old Parade Ground to celebrates the birth of the holy prophet Muhammad (Peace be upon him)

Addressing the adherent of the movement, International Secretary General of the Jam’iyyatu Ansariddeen Attijaniyya, who hailed from Senegal, Sheikh Muhammad Niass, said that the aim of the anniversary was to demonstrate the virtues of Prophet Muhammad as a solution to current challenges facing humanity.

He said it was necessary for human being to emulate the prophet’s character of love, kindness, compassion, leniency, brotherhood and tolerance to one another.

According to him, the birth of Prophet Mohammed and his rise to prophethood for 40 years have altered the course of human history forever.

” Like his brother prophets and messengers, the Prophet Muhammad epitomised the best of character.”

“He heralded the sort of sociopolitical transformations never seen in history and upset oppressive regimes as he campaigned to restore human dignity and man’s relationship with Allah.

“On this occasion of the Prophet’s birth anniversary, I urged all Muslims to imbibe the noble Prophet Muhammad, a man who brought a message of peace, piety, truth, unity and universal brotherhood.”

“We must emulate the prophet character of love, kindness, compassion, leniency, brotherhood and tolerance towards one another, ” he said.

President-General of the Jama’atu Ansariddeen Attijaniyya in Nigeria and Emir of Kano, Muhammad Sanusi II, said advised muslims to contribute their own quota to build a human community united by belief and love of the Almighty Allah.

The Monarch also urged Muslims to accommodate their differences, and embrace collective efforts to make life worth living for fellow human beings.

The Maulid was attended by scholars from different parts of the world who grace the occasion and used different tunes to address thousands of participants as well as the singers from Sudan, Senegal and Nigeria.

The Maulid was concluded with the recitation of the glorious Qur’an and special prayers for peace, security and unity of Nigeria.

A special prayer was also conducted for the Almighty Allah to grant President Muhammadu Buhari a successful tenure as he spearheads the affairs of the for the second term.