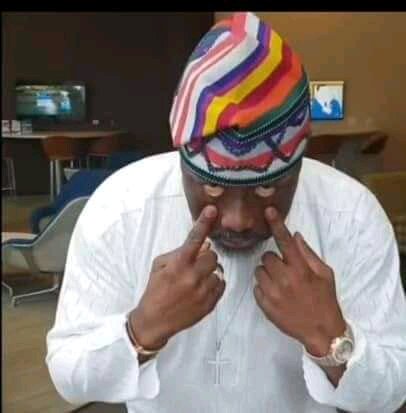 The film was shot in several locations in Abuja.

The producer of the movie, Joy Idoko, has said that Mr Melaye played the role of a “distinguished senator.”

Describing Mr Melaye’s role, she said, “This you would really really want to see, the most distinguished Senator @dinomelaye plays himself in Lemonade. Some times it takes a wiser set of eyes to help you see what is right in front of you.”

‘Lemonade’ is set to premiere on December 12 at Transcorp Hilton Hotel, Abuja.

This is not Mr Melaye’s first foray into Nollywood. In October, it was revealed that he will be featured as one of the key actors, in a television series titled ‘Equity unbound’.

The latter is centered on equal rights and social justice in Africa, using Nigeria as a case study.

Produced by Joy Media Productions and directed by the filmmaker, Lummie Edevibe of Filmcorp, ‘Lemonade’ is a fascinating account of affection, ambition and determination to succeed, irrespective of the circumstances, with strong emphasis on courage, tenacity and diligence.

It tells the story of a single mum and aspiring writer who finds courage to leave a toxic relationship, and to pursue her dreams on her own.

Determined not to get entangled in another heartbreak, she fends off all advances and eventually finds true love in a most unexpected way.

Speaking on the challenges of bringing the script to life, the producer described the exercise as a worthwhile effort.

“The intention of producing the movie is to create awareness that will give people the courage to come out of their comfort zones and messy situations and live their dreams.

“A lot of people are stuck in toxic relationships that have held them down from living their dreams because of the absence of self-love or the fear of the unknown.

“Our dreams can come through but we must be pro-active. The process will not be easy, but in the end, it is always worth it.”

Mr Melaye’s love affair with entertainment dates back to 2013 when he trended online as a result of baby paternity mess with Yoruba actress, Bisi Ibidapo-Obe.

The controversial senator who made history as the first serving Nigerian lawmaker to venture into acting first appeared in a music video by Afro trap star, Kach, titled Dino, in 2017.

He made his acting debut in the TV series, ‘Equity Unbound’ earlier this year featuring as a lead actor.

He is fond of singing and dancing to debase ‘political enemies.’ He once sang at AY live show in Abuja.

Mr Melaye was recently sacked as senator by the appeal court. He is taking part in an election rerun ordered by the court. When the rerun was first held November 16, Mr Melaye trailed APC candidate Smart Adeyemi by about 20,000 votes in an election characterized by violence and thuggery. The election was declared inconclusive and Mr Melaye has rejected the results so far released.