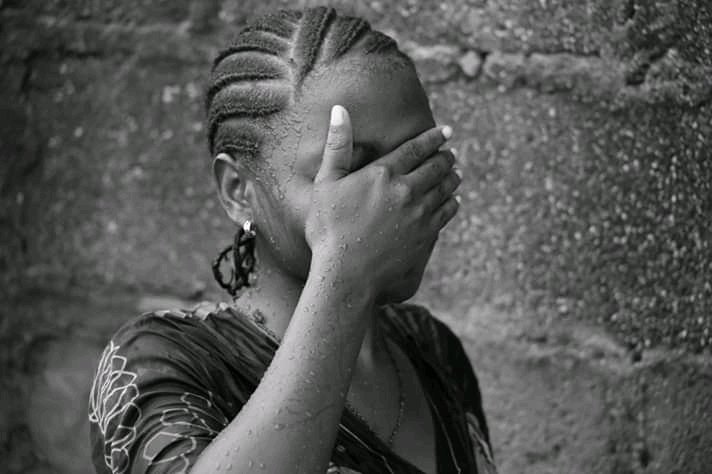 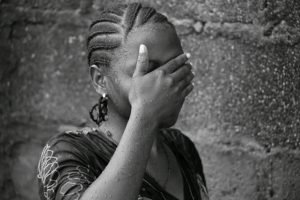 Two sisters on Monday narrated before an Ikeja Sexual Offences and Domestic Violence Court how their middle-aged father allegedly defiled them at knife point in their home.

The News Agency of Nigeria reports that the teenagers testified at the start of their father’s trial on two counts of defilement.

Led in evidence by prosecution counsel, Mrs. Arinola Momoh-Ayokanbi, they told the court that their father had seven children comprising five females and two males.

They testified that the defendant started abusing his four oldest daughters sexually after their mother died during childbirth in 2008.

One of them, who testified as the first prosecution witness (PW1) said the incest started when they lived at a barracks in Lagos.

“Later, my father progressed to leaving his bedroom and lying between us, groping us.

“If we woke up, he would ask why we were awake and why he was in our bedroom; he threatened to beat us and send us away.

“One night, he came to our room and asked us to separate ourselves. I went to the sitting room while my sister was in the room.

“He approached me and said if I did not allow him to have sex with me, he would use a knife and hammer to injure me.

“He started slapping me, and I allowed him to have sex with me; after it happened, I cried bitterly,” she said.

The second witness, now 18 years old, while testifying as the third prosecution witness, told the court that she and her sister went to their village after their mother’s demise.

She said that, on return to Lagos, she noticed that one of her older sisters had run away from home.

“I asked what happened, and we were told she had run away from home because our father was having sex with her.

“My sister and I shared the same bedroom, he started separating us at night; he would tell my sister to stay in the sitting room while I would be in the bedroom. He would have sex with me in the bedroom and threaten me with a knife,” she said.

Both sisters told the court that they reported the alleged incest to a member of their church who took them to the Ijanikin Police Station.

“The Police summoned our father and interrogated him, and he lied that he did not do anything. A policewoman told him to allow us to lock our bedroom door at night.

“We came back home from the Police station at nighttime; our father knocked on our door and said if we would not open the door, he would use the hammer or knife to injure us.

“We refused to open the door and did not sleep that night till the following day,” she testified.

Testifying, her sister said, “At the Police station, we said we did not want him arrested but we did not want to be in the house with him, we wanted to stay far away from him.

“The Divisional Police Officer gave us his phone number to call him in case of trouble.

“When we returned home, my father continued to forcefully have sex with me. I called the DPO and he said there was nothing he could do because it was a family matter.”

The sisters said they contacted their church member and he got in touch with their family members in the village about the alleged incest.

They said their extended family in the village requested that they should come to the village with their father.

The sisters said that on their return to Lagos, their father while attempting to take them back to their secondary school was questioned by the school authorities on why they missed a term.

The witnesses said their father told the school authorities that they were taken to the village because they were troublesome.

They said that in a desperate bid not to return to the home they shared with their father, they told the teacher their ordeal, and he informed the school authorities which got their father arrested.

“Our school counsellor was summoned and our father was taken to the Ijanikin Police Station. From our school, we were taken to the Pastor Bimbo Odukoya Foundation at Ilupeju, Lagos.

“My sister and I were then taken to a home at Maryland which belongs to a Foundation (name withheld) where we are currently staying.

“We also went to Mirabel Centre to undergo some tests, and the results showed that we were defiled,” she said.

While being cross-examined by defence counsel, Mrs. Adeshola Bello, the sisters said that the defendant also committed incest with their two older sisters.

One of them said: “My father is harsh to me, though I do not hate him because he is my father.

“When he came to finger us at night and discovered we were wearing panties, he would tear our underwear.

“He had been doing it to my older siblings; since my oldest sister did not do anything about it, I kept quiet.”

The other teenager, said: “My father did not start with me, he started with my eldest sister.

“I was aware of it because when I was young while we still lived in the barracks, we all used to sleep in the same room and I used to see him touching her.”

The youngest daughter of the defendant, aged 14 years, while testifying as the fourth prosecution witness (PW4), told the court that she never knew her father defiled her older sisters.

“When we got to the Police station, we were told that my father defiled my older sisters. I never knew this because I was not defiled by him,” she said.

While being cross-examined, she testified that she usually slept in the same bedroom with her father and youngest brother.

“He is a good father though he is sometimes harsh and hot-tempered,” she said.

Mr. Gbenga Gbadebo, the second prosecution witness and a teacher to PW1 and PW3, told the court that the incest came to light when the defendant was being asked by the school principal why his children went to the village and as a result missed a term of school.

He said that the sisters revealed the alleged offence to a female teacher while their father was questioned by school authorities.

He added that investigation by the school authorities revealed he committed incest with four of his five daughters.

He said that one of the daughters told the school authorities that the first daughter was like a wife to her father,” Gbadebo said.

Justice Abiola Soladoye adjourned the case until November 19 for continuation of trial.

NAN reports that during arraignment on the two counts of defilement on June 24, Justice Soladoye had ordered that the defendant be remanded at the Kirikiri Prisons.

NAN reports that Section 137 of the Criminal Law of Lagos State, 2015, stipulates life imprisonment for defilement.