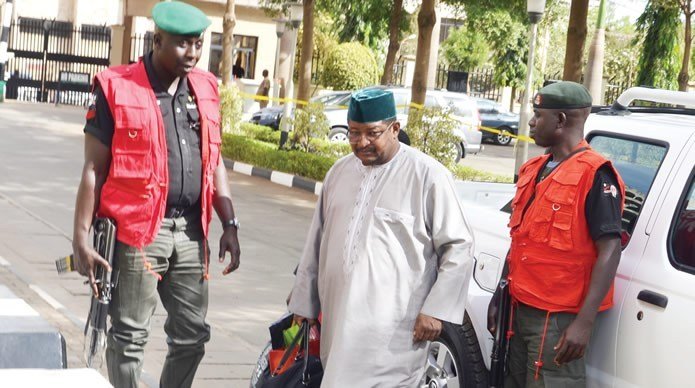 Organised labour rose from a meeting in Abuja on Wednesday with an ultimatum to the Federal Government to accept it’s demand on the consequential salary adjustment arising from the new minimum wage or face industrial action.

In a communique signed by the President of the Nigeria Labour Congress, Ayuba Wabba, President of the Trade Union Congress, Quadri Olaleye, acting chairman of the Joint National Public Service Negotiating Council, Simon Anchaver, and it’s secretary, Alade Lawal, labour accused the FG of deliberately foot-dragging on the total implementation of the new wage structure to all workers despite the unions’ lenient position.

The communique read, “The leadership of Organised Labour in Nigeria, comprising the NLC and the TUC met today, October, 2, 2019, with the JNPSNC (Trade Union Side) at the Labour House, Abuja.

“The sole agenda of the meeting was to receive briefing from JNPSNC and to discuss the way forward on the deadlock in negotiations for consequential wage adjustment for workers in public service arising from recent enactment of the new national minimum wage of N30,000.

The communique said the nonchalant attitude of the government’s negotiating side had dragged negotiations for consequential wages adjustment unduly.

“The offer by the government is not acceptable to Nigerian workers. We view the position of the government as a show of insensitivity to the plight of workers and an attempt to collect with the left hand what government had offered with the right hand.

“The leadership of organised labour in Nigeria wishes to categorically state that the leadership of labour cannot guarantee industrial peace and harmony in the country if our demands are not met at the close of work on Wednesday, October 16, 2019,” the communique added.