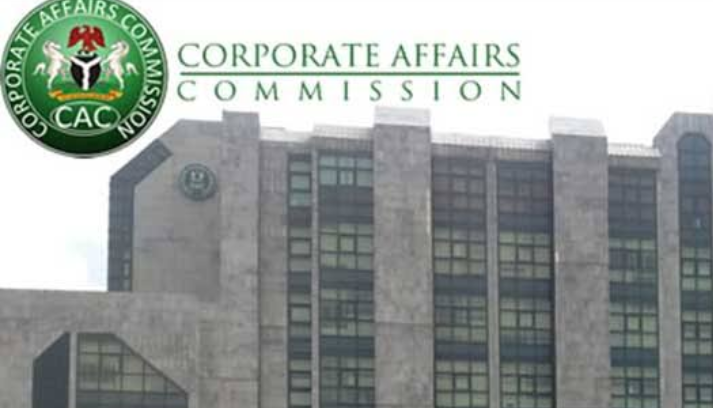 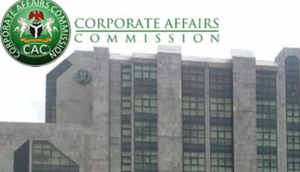 …Raise alarm over plan to sack them

Staff of the Corporate Affairs Commission (CAC) under the auspices of Amalgamated Union of Public Corporations, Civil Service Technical and Recreational Services Employees (AUPCTRE) have petitioned the National Assembly and the Code of Coduct Bureau (CCB) and the Presidency over allegations of corruption and victimisation against the Registrar-General, Alhaji Garba Abubakar.

The union is appealing to the presidency to prevail on the Registrar General to stop his victimisation of its executives and rescind their transfer outside the headquarters, witch hunting and impending outright sack from the commission.

The union in a letter to the Chief of Staff to the President, Prof. Ibrahim Gambari dated March 5, 2021, titled ” The struggle of AUPCTRE against corrupt practices on public service with a special focus on CAC” was signed by the acting General secretary Musa Ukpo.

The union consequently prayed “That Alhaji Garba Abubakar be directed to reverse his punitive transfer against CAC workers” and “be directed to respect constituted authorities”
Another petition to the chairman of the Code of Conduct Tribunal, dated January 11, 2021 titled “Petition against the Registrar-General, CAC, Alhaji Garba Abubakar on abuse of power, financial impropriety and alleged commercialisation of promotion examination in the commission” was signed by the acting Secretary General,  Musa Ukpo.

“There is an alleged financial impropriety with regards to the cost fees of training of board members to the tune of N63,769,5000 million.

“Unilateral decisions that affect staff welfare such as stagnation, alteration of promotion policies, refusal to pay staff promotion arrears of 2019 despite the availability of funds and budgetary provisions,  stoppage of all staff loans schemes, including those of the cooperative societies, coercing of staff to forcefully resign their membership of the union and imposing on them the membership of another union of his choice, stoppage of union monthly deductions”

It was alleged that the promotion examinations for 2019 and 2020 in the commission were commercialized. Vacancies were not declared in Human resources and Finance departments in the appropriation year yet he filled the Vacancies with his favourite against the budgetary provision,  thus a breach of the appropriation act.

In a related development, the Minister of Trade and Industry soiled his hands in the Commission contract by giving his son in-law the cleaning services of CAC Jos, Ekiti, Ibadan and others (Domade Services Nigeria Limited) thus unable to call the Registrar General to order.

Apart from causing heavy traffic gridlock thus preventing vehicular movement along the ever-busy road leading to the CAC headquarters,workers of the commission were stranded as they could not have their way into the premises of the organisation to carry out their day’s assignments.

Apart from causing heavy traffic gridlock thus preventing vehicular movement along the ever-busy road leading to the CAC headquarters,workers of the commission were stranded as they could not have their way into the premises of the organisation to carry out their day’s assignments.

The action of the NLC was in solidarity with its affiliate union,the Amalgamated Union of Public Corporations, Civil Service Technical and Recreational Services Employees,AUPCTRE, which had alleged wrongdoings by CAC’s Registrar-General, Alhaji Garba Abubakar.

Besides accusing the CAC boss of thwarting their promotions,AUPCTRE had also accused Abubakar of indulging in divide-and-rule tactics, arbitrary transfer of union leaders, transfer of married women out of places where their spouses live, intimidation of workers against engaging in union activities among many others.

Speaking at the protest ground,Waba alleged that the Commission’s Registrar General, Garba Abubakar stalled staff promotion and brought in environmental experts to fumigate the agency for N35million in view of the Covid-19 pandemic, including contracting someone to paint the Zone 5 annex office for N30,246,979.63 million.

Among other allegations raised by NLC was that the Registrar transferred married women who are staff out of the commission.

Waba vowed that the protest which he said, will be for three consecutive days would paralyse the activities of the Commission if their grievances were not addressed today.

The NLC boss alleged that the CAC’s Abubakar committed various anti-union offences, ranging from corruption, illegal redeployment of married women out of the commission, stopping staff’s promotion arrears among others.

He alleged that Abubakar brought in environmental experts to fumigate the agency for N35 million in view of the COVID-19 pandemic, including contracting someone to paint the commission’s Zone 5 Abuja annexe office for N30,246,979.63 million to Man-Mohal Global Service Limited.

Procurement of Server DL 560 GEN 1085FF for N87,307,670.31 was approved at the Commission’s tenders Board  despite the fact that it is above the threshold of the Commission. It was quickly taken to the Ministerial approval after the Union raised alarm.

On his part,AUPCTRE branch chairman, Comrade Ibrahim Kirfi, alleged that the CAC boss ignored series of actions it carried out with a view to averting the development.
According to him, different letters to him containing alleged infractions by the commission were ignored. 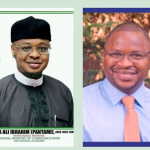 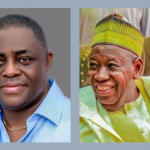