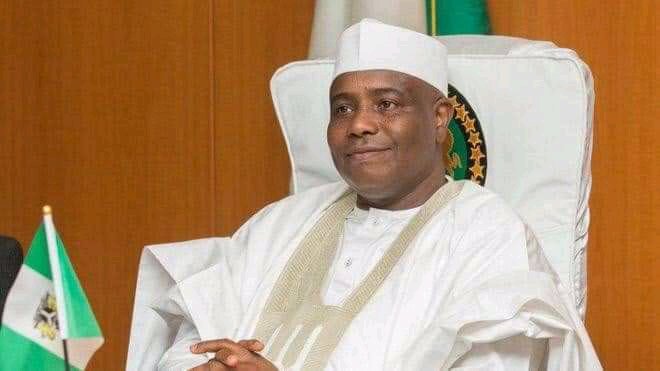 As Sokoto state concurs to pay the minimum wage of N30,000 to workers in the state, the state government has reiterated the need to embark on a wide scale verification exercise to weed out ghost workers, child workers and bogus employment offers syndicates.

This is contained in a statement signed by Muhammad Bello,
Special Adviser, Media and Publicity to the Governor and issued to newsmen in Sokoto.

Governor Aminu Waziri Tambuwal of Sokoto state disclosed this on Thursday evening at the signing and submission of the report on the minimum wage by the committee on the implementation of the new minimum wage and consequential adjustments, which it established to thrash out the matter.

The wage bill of the state will now be above N324 million as against the sum of N340 million requested for by labour unions in the state.

Announcing that his administration will commence implementation of the minimum wage from this month, Gov. Tambuwal scheduled a meeting of the state executive council meeting for Monday to consider the report.

According to him, the government is poised to “embark on the verification of unscheduled staff and the sharp practise of sale of letters offers of employment to unwary citizens,” stressing also that,  “a situation where children are on the payroll of the government will not be condoned.”

Prior to the negotiation that ushered the new wage regime, the state government had discovered a disparity in the salary data between the state civil service commission, the ministry of finance and the the office of the head of service.

“This made me to look into the situation and we decided to harmonize all the data,” leading up to the taking of steps to introduce the issuance of payslips to workers, “a first in the history of the state,” Gov. Tambuwal explained.

As he promised to pay all the workers owed backlogs of salary as result of the meticulous process of the fiscal discipline measures embarked upon by the government, the governor commended the labour collective and those on the government side who sat in the committee for their maturity, patience and patriotism to the people of the state.

In his remarks, the chairman of the minimum wage implementation Committee, Alhaji Muhammad Namadina Abdulrahman, summarized the suggestions of the committee to the state government as “salary and skills assessment of staff, decentralization of salary payments and the establishment of a revenue generation system by the state government.