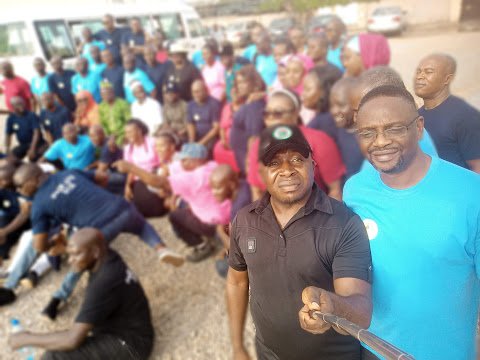 Just a few days ago, the Nigeria Labour Congress NLC, held its 2019 Leadership National retreat in the coal city of Enugu,South Nigeria. 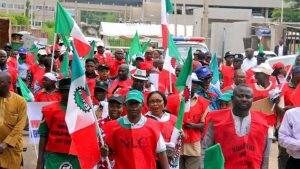 The five days meeting had intensive lectures on different topics including gender and youth mainstreaming in the workplace.

The NLC said that the topic was important for the retreat to show the Congress’ emphasis on the issue of gender which it said is also an important Convention of the International Labour Organisation ILO.

Though bringing the leadership of the NLC together to rub minds on issues affecting them and their members is not new; what is new however, is that this is the first time that it is all encompassing, having the leadership both at the national and State levels in one room at the same time.

Mrs Rita Goyit, the Head of Department, Women and Youths in the NLC Headquarters stressed on the importance of gender mainstreaming in the workplace.

She believes that for the NLC to have included the issue of gender and youth mainstreaming is strategic and a huge progress adding that with her interactions with some of the participants, they were just hearing the issue for the first time.

“From my discussion with some of the comrades they are hearing about the issue of gender and youth mainstreaming for the first time because gender training is a specialize training, people may have trade union education but they don’t have gender training so far them it was an eye opener and  going back from here, we are going to implement some of the things.

“So for us in the trade union, its about service, and service means that we have to improve our services in such a way that it gives everybody a sense of belonging, men, women, young an old, and that is why we said that even in terms of timing of meetings, you must take in the concerns of men, women, young and old people so that as working women, we can perform our roles as trade unionist, as career people and at the same time as mothers; It is also very very important”,  Mrs Goyit said.

Defining gender mainstreaming, Mrs Rita Goyit, said its all about taking the concerns of men and women in the workplace in everything that is said or done.

She said for women, they want situation where there are improve child care and hygiene facilities in the work place which she said were very important for women.

“Baby friendly environment and flexible working hours, that means you can be doing in such a way that women can also choose what time to come to work and what time to close from work as long as they put in the required eight hours of work time, so that they can go and take care of other domestic responsibility which is also very important”.

On whether it is achievable to choose working hours, Mrs Goyit said that it was  achievable “it has worked in other places and it can work, because all we need to do is that if it is 8hours, so how do I want to take my 8 hours, if people are resuming by 8 0’clock and it is not convenient for me as a nursing mother or a women with little children, you have school runs and all of that, I can decide to come at 10 0’clock as long as I put in the 8 hour”.

The Head of Department, Women and Youth NLC Headquarters, then stressed the need for flexible hours in the work place so as to retain young women in the workplace and the unions saying that is also very important as it is service to God, humanity and the society.