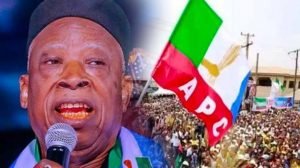 APC defections: Is Adamu a bull in a China shop?

All is not well with the ruling All Progressives Congress (APC). Even though the party had issues leading to its last national convention, stemming mostly from the party’s ward, local government and state congresses, the APC situation worsens shortly after Senator Abdullahi Adamu emerged as the national chairman of the party.

The gale of defection that is hitting the party following the recently concluded party primary elections as part of activities leading to the 2023 general elections, is a confirmation that everything is not well with the APC.

Only recently, six senators from the ruling party, as well as a number of their colleagues at the House of Representatives, announced their resignation from the party citing injustice and abitrariness from the leadership of the party.

A cursory investigation into what is now happening to the party across the states, will confirm the total confusion and uncertainty among members of the ruling party.

In the aftermath of the just concluded party primary election, there were complaints about substitution of delegates and the forceful reversal of results to favour certain politicians believed to be closely associated with the national chairman of the APC.

It’s worrisome that this situation is even getting out of hand, with only some months to the 2023 general elections. This is even as Senator Adamu had to rush to the national assembly to plead with the APC senate caucus, especially after it got into public domain that another 20 APC senators are warning up to defect from the ruling party.

If this situation is not checked, then there is every possiblity that the APC may lose power to the opposition come 2023.

All these are happening because the leadership of the party under Senator Adamu, has rather deliberately chosen to ignore the constitution of the party and to go about their activities whimsically, unmindful of the consequences of their act.

There is so much confusion in the party right now. Aggrieved members of the APC are leaving the party in droves and the Senator Adamu leadership care less, as if the APC is not a political party that will require the support of people to become victorious.

In many states across the country, there is confusion on who are the real flagbearers of the party for the state assembly, House of Representatives and even senate seats. Two candidates may emerge each claiming to be the winner of the party’s primary election. And there is no any attempt by the Adamu-led leadership to wade in and to engender sanity and to clear the air.

Instead, Senator Adamu has gone as far as to threaten the winner of a senatorial primary election in Yobe State, where the party substituted the name of the winner with that of the Senate President, Ahmed Lawan.

In Nasarawa State in particular, the APC obviously had stabbed itself in the back. Notable politicians like Hon Ahmed Aliyu Wadada, Hon Sarki Dahiru, incumbent member representing Lafia/Obi and Hon Gaza Jonathan Gbwefi have all dumped the party claiming injustice and substitution of delegates during the primary election.

Others such as Senator Godiya Akwashiki, incumbent senator representing Nasarawa North has been short-changed and muscled out of contest in deference to an ally of the national chairman of the party.

If the crisis rocking the party in Nasarawa State is left unattended, in the false assumption that everything is alright, then the party should be willing to lose its grip in the state. There is every likelihood that the APC may not deliver some national assembly seats come 2023. The growing threats to engage in protest votes is so alarming and yet nothing is being done by the party to address these issues and more.

Apparently, Adamu who came to the position of the national chairman through consensus, is only interested in preserving the interest of a few powerful individuals that got him to his present position.

However, the strategy Adamu is bringing to bear in running the party may eventually be an albatross on the neck of the APC. He appears to operate in a manner suggesting he is a dictator brought into office to accomplish nothing but the burial of the APC politically.

Having been brought into office through consensus and through the singular intervention of President Muhammadu Buhari, the national chairman of the APC appears to owe nobody allegiance but the few strong men that got him into the office.

With the way and manner the ruling party is losing grounds through defections to other political parties, care must be taken to ensure the people are carried along in decision making at the top echelons of the APC.

In fact, it’s also glaring that the Zamfara State scenario, where the party lost out to the opposition even after been sworn into office because of not keeping to the laws guiding the conduct of primary elections, may replicate itself in so many states. This is because the opposition parties may take advantage of the apparent chaos and lawlessness in the APC by resorting to the courts to get into power.

How New FIRS Training Strategy Will Save Billions in Few Years 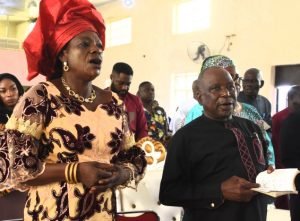