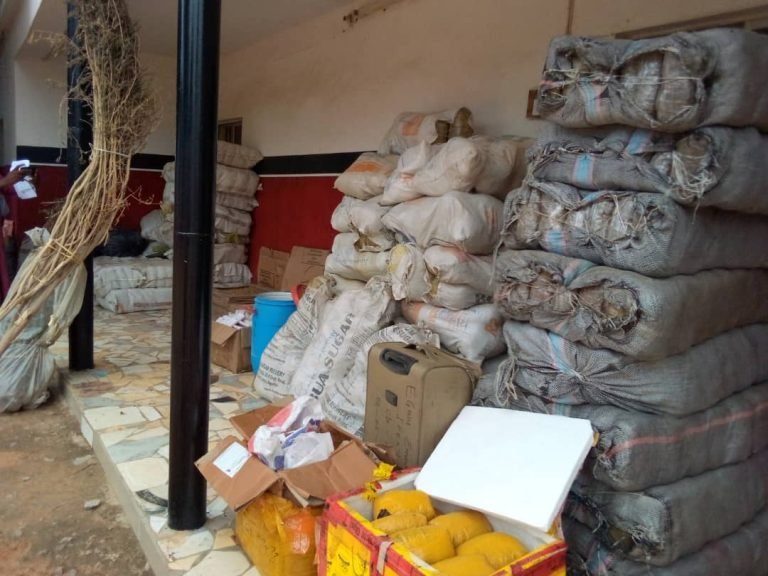 The National Drug Law Enforcement Agency(NDLEA) Kano State Command says it has seized 12,611.656kg of illicit drugs and arrested 1,887 suspects from July 2021 to June 2022.
The NDLEA Kano Commander, Mr Abubakar Idris-Ahmad, disclosed this while addressing newsmen on Friday in Kano, to mark UN International Day Against Drug Abuse and Illicit Drug Trafficking.
The theme for the year is: “Addressing Drug Challenges in the Health and Humanitarian Crises.”
According to him, the purpose of the United Nations day is to raise awareness of citizens about drug abuse and trafficking menace in the society.
“NDLEA is working tirelessly in curtailing illicit drug production, importation, exportation and trafficking of psycoative substance”
He noted that during the period, out of 12,611.656 kg illicit drugs seized, 9,735.004kg were cannabis sativa while 2,875.223 kg were psychropic substances.
“Other seized items include 1.123kg of cocaine and 0.128kg of heroin.”
Idris-Ahmad said 1,887 suspects were arrested, comprising 1,465 males and 442 females between the ages of 18 and 35 years.
“185 persons were arraigned before the court; we secured 76 convictions while 109 cases are still pending before the courts.”
Meanwhile, the commandant said the agency discovered and destroyed five farms of Cannabis in five local government areas of the state.
“The farms included those located in Fari Village in Dawakin Kudu Local Government Area, Yar Bundu in Bichi Local Government and Kiru local government Area.”
He said others were in Mantau forest, Danbatta, Nassarawa and Gwarzo LGAs.
He further explained that 59 regular clients were counselled and rehablitated, while 1,702 drug users were referred for brief intervention within the period.
Idris-Ahmad commended Gov Abdullahi Ganduje and his wife Prof. Hafsat Ganduje, for their support.
He called on various stakeholders to redouble their efforts in supporting the agency to carry out its mandate.
NAN