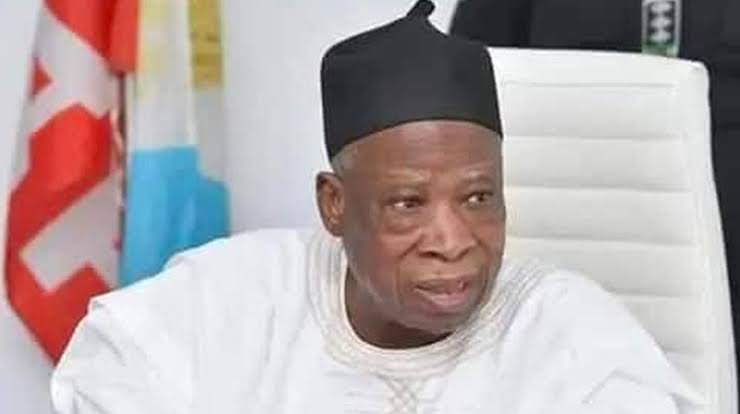 Sen. Abdullahi Adamu, National Chairman of the All Progressives Congress (APC)has advised the Ekiti State governor-elect Mr Biodun Oyebanji to be magnanimous in victory.
Adamu said this in a statement on Sunday in Abuja, while congratulating Oyebanji for his resounding victory at the election.
He said the victory was the result of Oyebanji’s popularity and the strong campaign strategies put in place by the APC.

According to the Chairman, the governor-elect has the pedigree, experience and vision to take the state to the next level of development.
Adamu thanked the people of Ekiti State for reposing their confidence on the APC and Oyebanji.

He promised that the governor-elect would continue to implement the people’s oriented programmes of the party already started by the outgoing governor, Mr Kayode Fayemi.

Adamu said the victory recorded at the election was a precursor to expected victories of the APC at the Osun election and at the 2023 general elections.

He lauded President Muhammadu Buhari for his numerous support, saying that as the party leader, he provided guidance for the Ekiti State election campaign.

Adamu assured that the APC would continue to be guided by Buhari’s wisdom in prosecuting future elections to consolidate his legacies.

He thanked members of the Ekiti State APC campaign council led by Gov. Atiku Bagudu, the State Working Committee of the party, as well as all APC supporters in the State for their hard work and dedication.