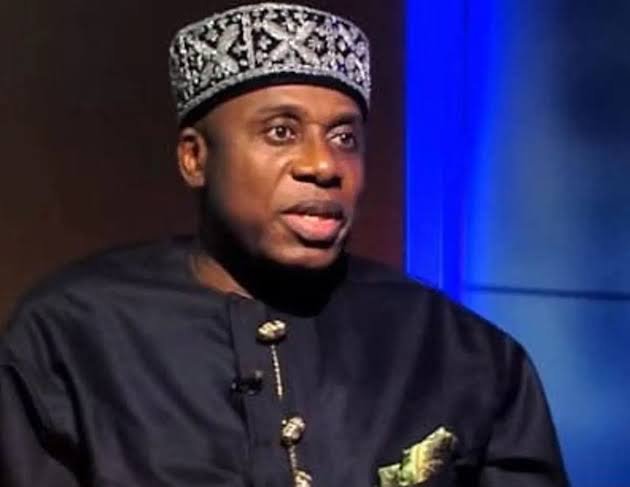 The South West Coordinator of the pro-Amaechi group, Mr Muritala Audu gave the promise on Saturday  in a congratulatory message to Tinubu, the APC presidential candidate.

Audu, a chieftain of the  APC, expressed confidence that Tinubu, a former Lagos state governor, possessed huge experiences to win the  2023 presidential election for APC.

The coordinator said: “I am confidently  optimistic of Tinubu’s success in the  2023 general elections.

“I promise to collapse the  support groups across the country in my care for the Asiwaju Bola Ahmed Tinubu (ABAT)  2023 project so that the largest party in the African soil (APC) can continue to provide qualitative services to the people of Nigeria beyond 2023.

“I pledge my unbridled loyalty to Tinubu’s mandate as freely given to him  by our great party, APC.

He described the APC Special Convention held from  June 6 to  8 in Abuja as “Tinubu’s convention” because of supports from major presidential aspirants that stepped down in Tinubu’s favour at the peak of the convention.

According to him, Tinubu’s tenacity and virile contributions over the years to the advancement of democracy in Nigeria stand him out among his contemporaries.

He said that this paved way for Tinubu as being proven by  results of the presidential primaries.

Audu added: “Haven  emerged as our party’s presidential flag  bearer, this is the time to rally round Asiwaju Tinubu,  irrespective of our individual pre-convention preferences.

“Good enough, Asiwaju is a leader with stellar qualities that are maketable and acceptable to the Nigerian people, his intimidating experiences will be harnessed in building a prosperous Nigeria,” he said.

“Going forward, this is the time to strenghen the  APC unity in order to confront the oppositions.

“To achieve this, I urge  President Muhammadu Buhari, the APC National Chairman, Sen. Abdullahi Adamu and other national leaders of the party  to ensure that the party’s unity remains intact.

“The committee should be charged with the responsibility of  amending any  cracks and providing political compensations where possible.

“These and many more should be done so that our party can go out as a united front and return home with victory in 2023,” he said.

The News Agency of Nigeria (NAN) recalls that Tinubu, defeated 13 other aspirants, including Vice President Yemi Osinbajo, to clinch the APC  ticket for the 2023 presidential election.

Tinubu, one of the national leaders of the ruling party, polled 1,271 votes to defeat his closest rival, former Minister of Transportation, Mr Rotimi Amaechi who got 316 votes.