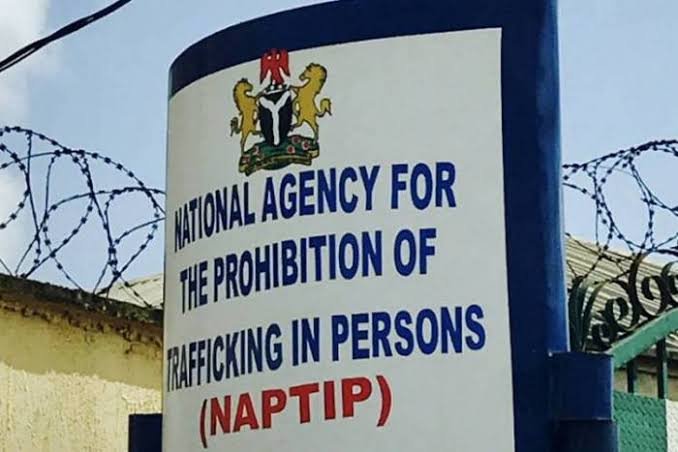 The National Agency for the Prohibition of Trafficking in Persons (NAPTIP) says it rescued 90 victims and reunited 85
others with their families between May and December 2021 in Akwa Ibom.
The agency’s Zonal Commander in Uyo, Mr Ubong Ekwere, disclosed this in an interview with the News Agency of Nigeria (NAN) in Uyo on Thursday while reviewing 2021 activities of the agency.
Ekwere said that during the period under review, the command received and investigated 93 cases and apprehended 103 suspects involved in human trafficking,
adding  that 19 cases were still pending in courts.
He said “the number of victims rescued between May and December 2021 is 93, taken to our shelter. We have also successfully reunited 85 with their families; only five victims are still in our shelter now.
The commander noted that the new trend of human trafficking was selling of children, where buyers warn parents and guardians to be vigilant and to monitor where their children and wards were, at any point in time.

He said that in 2022, NAPTIP would increase sensitisation and require collective efforts from stakeholders to eliminate the menace of human trafficking in the country.

He called for greater synergy among sister security agencies in the area of information sharing and intelligence gathering, saying the Federal Government required stakeholders’ collaboration to achieve its goals.

He said “collaboration is highly necessary because of the new trend of human trafficking.  I am calling on stakeholders to join hands and collaborate with NAPTIP by supporting our operations,  because the rate of the new trend of selling and buying of children is very alarming and worrisome.

“We want to appeal to the public that this fight on human trafficking should not be left to NAPTIP and Federal Government alone. The agency needs the support and cooperation of  stakeholders, so that together we can fight this crime.”

The zonal commander also appealed to state governments to include NAPTIP in their security meetings to enhance information sharing.

He said the lack of victims’ support and skill acquisition programmes, lack of utility vehicles to enable officers move across the 31 local government areas were among the challenges confronting the agency in Awa Ibom and urged the state government to assist with logistics.