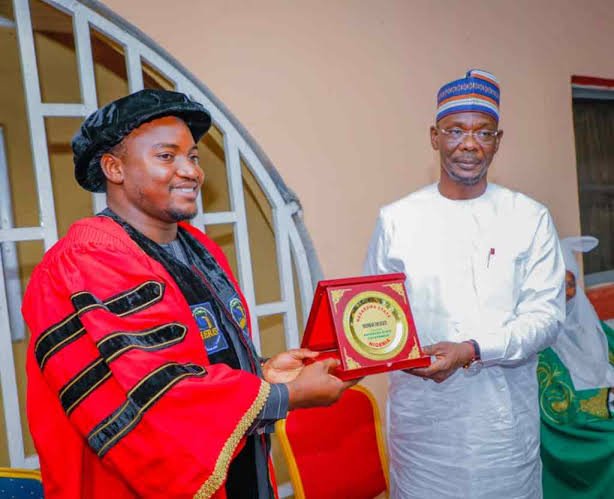 Gov. Abdullahi Sule of Nasarawa State has pledged to support collaboration between the state-owned university in Keffi and the Islamic University in Uganda.

He made the pledge when he hosted the Vice-Chancellor of the Islamic University in Uganda, (IUIU), Prof. Isma’il Gyagenda, in Lafia, on Tuesday.

The vice-chancellor was accompanied on the visit by a member of the university’s Council in Africa and Emir of Keffi, Dr Shehu Chindo-Yamusa III, among others.

While commending the existing collaboration between the two institutions, especially the signing of a Memorandum of Understanding (MoU) three years ago, the governor noted that the MoU was a huge achievement for Nasarawa State.

He explained that his administration committed to support the Nasarawa State University, Keffi (NSUK), because of the significance the government attached to education.

Gov. Sule urged the management of the IUIU to include the two new faculties of Health Sciences and Engineering at NSUK in the collaboration.

He commended the IUIU for finding the Emir of Keffi worthy of appointment into the Council of the university, recalling the feats achieved by the royal father when he was chancellor of NSUK.

The governor specifically thanked the royal father for doing the state proud, as well as for attracting the collaboration with the IUIU.

He pointed out that already, the NSUK had entered into fruitful relationships with Poland and Italy, which saw to the institution receiving support in the area of Information and Communication Technology.

“The university is on the right path and I want to do everything possible to support it,’’ Gov. Sule said.

Earlier, the vice-chancellor of IUIU said he was in Nasarawa State to bring to effect the collaboration between his institution and NSUK.

Prof. Gyagenda said the IUIU, established 33 years ago, had grown into a strong institution, with more than 10,200 students.

It rose from having only two faculties to having seven faculties, including the Faculty of Health Sciences that trains doctors, nurses and midwives.

He added that he was in Nasarawa State to also strengthen the collaboration between the two universities on teaching, sending professors on sabbatical, as well as the training of youths for them to be fully equipped to meet with demands of a modern society.

In his remarks, Dr Chindo-Yamusa III, said the MoU between NSUK and IUIU was signed three years ago because the latter had experiences that could benefit NSUK.

He said that Prof. Gyagenda was also visiting to explore possibilities in the area of student exchanges, research and any other aspect that would bring development within NSUK and IUIU.

NAN reports that the Islamic University in Uganda was established in 1988 by the Organisation for Islamic Cooperation.