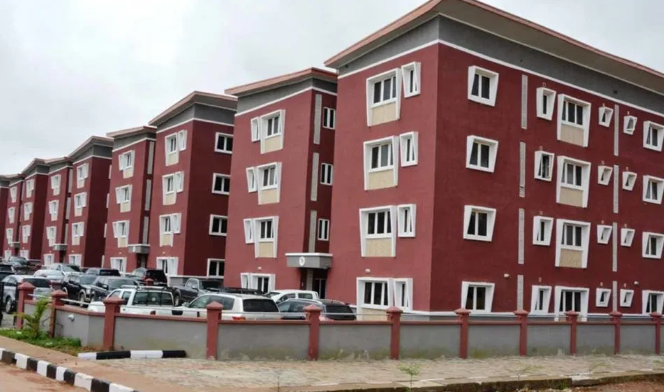 Nigeria has highest housing deficit in the world, expert says

The Nigerian Institution of Estate Surveyors & Valuers has disclosed that Nigeria has one of the highest housing deficits in the world with only about 30 per cent of the population having access to decent housing.

According to him, “Nigeria has one of the highest housing deficits in the world and statistics depict that only about 30 per cent of Nigeria’s population have access to decent housing.

“The real estate industry is unorganised, [with] low investors’ confidence and poor access to capital. Lack of adequate housing for the growing population also remains a major challenge in Nigeria,” he observed.

He called on the government to create more mortgage banks as a solution to the housing deficit and also develop access to a harmonised and centralised database in the sector.

Also speaking, Professor Ben Ayade, represented by the Speaker of the Cross River State House of Assembly, Eteng Williams, commended surveyors in the country for instituting the lecture series.

He enjoined the surveyors to insist on standards in building projects, pledging the support of the House of Assembly in this regard.

He said the lecture had been an intellectual event which has over the years addressed the challenges and prospects of the real estate industry, with recommendations to both government and the private sector.

He called on the newly-inducted 44 Fellows of the institution to be ready for higher responsibilities, saying they must maintain high ethical conduct and standards.

In the same vein, the Chairman of the event, Chief Emeka Onuorah, called on the Fellows to never get tired of service, noting that leadership is a sacrifice and service to humanity.

In his response, the Cross River State Commissioner for Lands, Professor John Ofem Inyang, said surveyors have a huge role to play in development.

He said the government through his Ministry will partner with surveyors to ensure structures are well built.