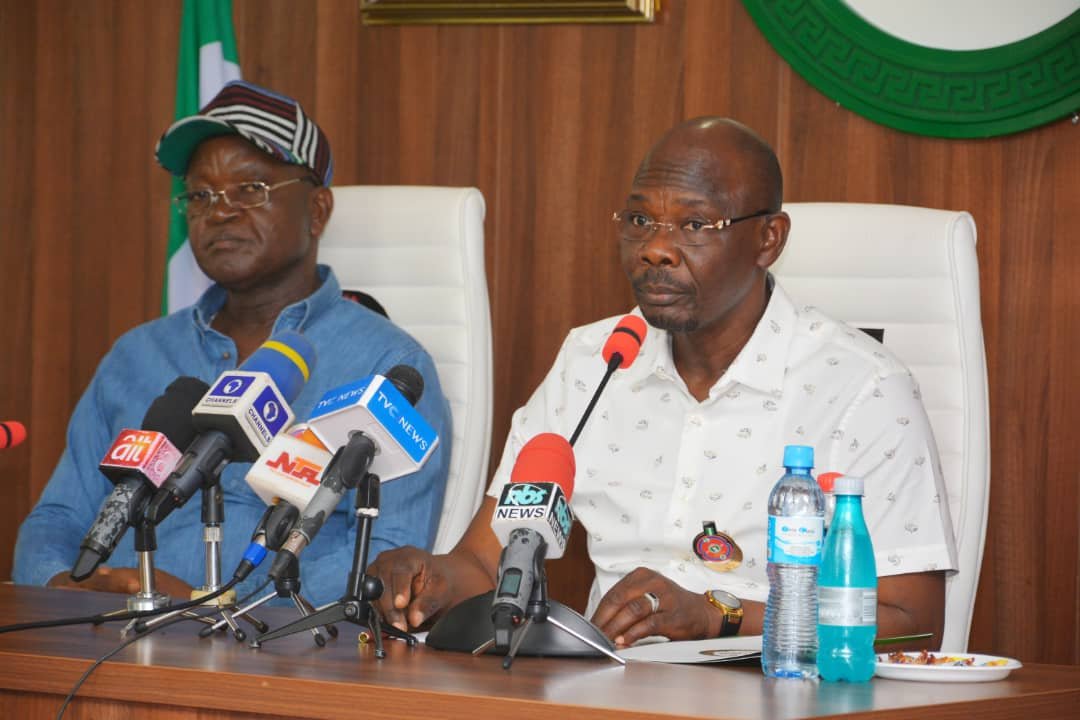 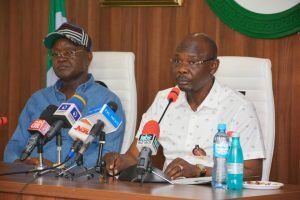 As part of the peace building process, Governor of Nasarawa, Engineer Abdullahi Sule and his Benue State counterpart, Dr. Samuel Ortom, held a joint security meeting to review the security situation between the two states with a view to finding enduring solutions, as well as sustain the already existing peace between the two neighbours.

Two major issues were reviewed during the meeting, namely the planned withdrawal of the members of the Operation Whirl Wind, the security outfit put in place by the Federal Government at the height of the security challenges across Nasarawa, Benue and Taraba States, as well as the Anti- Open Grazing Law enacted in Benue State in July 2017. 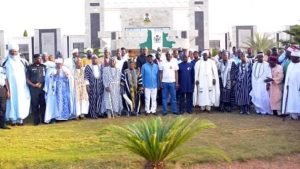 In an opening remark, Engineer Sule recalled similar meeting that took place last year in Makurdi, with both Governors in attendance, where issues of common interest, particularly security, peace, law and order, especially along border communities, were discussed.

Engineer Sule noted that since the meeting in July, there has been no major security breach between the two states, with farmers able to go back and harvest their crops which was not possible a year or two ago.

Engineer Sule pointed out that the recent meeting will provide an avenue for the leaders of both states to interact, understand each other and be able to proffer the way forward.

On the issue of the withdrawal of members of the military outfit, the Operation Whirlwind, Engineer Sule said Nasarawa State has written to the Chief of Army Staff to appeal against the withdrawal of the security outfit, which he said, has contributed immensely in ensuring the return of peace across the state.

Engineer Sule equally acknowledged that the anti-open grazing law is operational in Benue State, but that he has always emphasized on Fulani herdsmen that because open grazing is allowed in Nasarawa, it doesn’t make the state lawless.

“We are open to making adjustment in order to accommodate everybody and in order to ensure we live in peace.
“There is anti-grazing law in Benue and I have always emphasized to my brothers, the Fulani. I have also emphasized that just because open grazing is allowed in Nasarawa, it doesn’t make Nasarawa so lawless. That we should do the open grazing also in line with our law. We cannot allow people to run into other people’s farms and create hardships for the farmers in the name of open grazing,” Engineer Sule said.

On his part, Benue State Governor, Ortom, commended Engineer Sule for initiating the peace meetings, describing his Nasarawa counterpart as committed and determined to ensuring lasting peace between the two states.

Governor Ortom said the people of Benue will remain committed to the peace that is now existing between the two states.

On the call by the Emir of Lafia, HRH Justice Sidi Bage (rtd) for a review of the anti-open grazing law in Benue State, particularly now that peace has returned, Governor Ortom urged members of the Miyetti Allah to bring forward suggestions to cushion the effect of the law, promising to present such before the Benue State legislature to see how it can be amended.

Governor Ortom described the NLTP as a solution to the problems associated with open grazing and that Benue is willing to embrace the programme.

“As a conflict manager, I have always known that win-win, remains the best option to solving problems, it’s not really winner takes all.

“Herdsmen should come out with suggestions that can provide succour for their people, suggest it to me and we will take it back to the House of assembly and see how it can be amended,” Governor Ortom stated.