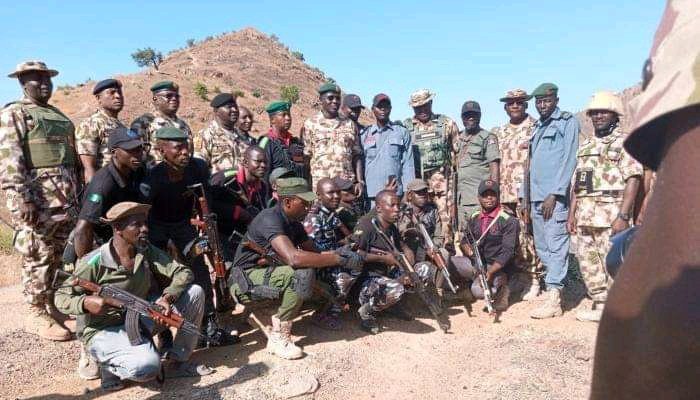 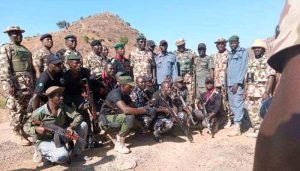 No fewer than 100 unrepentant bandits were killed by the joint forces of Operation Hadarin Daji in Zamfara and parts of Katsina State between December 2019 and January 2020.

The Acting Force Information Officer, Captain Ayobami Oni-Orisan, who made this known in a statement said the troops comprising personnel of the Nigerian Army, Nigerian Navy, Nigerian Airforce, Nigeria Police, Department of State Services and other security agencies conducted several clearance operations to smoke out and neutralise the recalcitrant bandits from their enclaves.
He said, “So far, OPHD troops have flushed out bandits hibernating around Tashar Kuturu, Dankalgo, Gobirawa junction, Bagega, Kawaye, Duhuwa, Sabon-Birni, Dankurmi, Dangulbi, Hayin Bawa, Zango, Unguwar Shanu, Tundu Mali, Magazu, Mayanchi and Gando forest, in Anka, Talata Mafara, Tsafe, Maru and Bukkuyum Local Government areas of Zamfara.
“Additionally, OPHD ground troops backed by the fighter jets of the Air Component also cleared Shinfida in Jibia Local Government Area of Katsina State, neutralising several bandits in the process,” NAN quoted him as saying.
The information officer said the renewed use of force against the bandits followed their refusal to embrace the peace process introduced by Gov. Bello Matawalle of Zamfara about six months ago as well as the recent upsurge of the bandits in the affected areas. 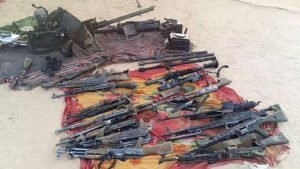 He further said that during the clearance operations, the troops in collaboration with the Defence Forces of Niger Republic apprehended a high profile gunrunner, popularly known as “Kunene”who was responsible for the inflow of arms, ammunition and other dangerous weapons into the region. 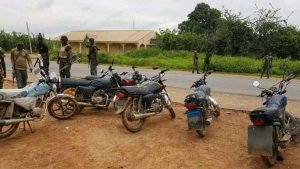 He said all the suspects had been profiled and handed over to the relevant security agencies for further investigation and prosecution.

He said that the Force Commander and Acting General Officer Commanding (GOC) 8 Division, Nigerian Army, Brig.-Gen. Aminu Bande, reassured the people of Zamfara and all other neighbouring states of their safety.

The information officer urged members of the public to continue supporting the operation by providing timely and credible information to OPHD troops through the dedicated emergency telephone numbers earlier provided for prompt and efficient action.

He said the Force Commander also warned the bandits and their cohorts to immediately lay down their arms and embrace the ongoing peace process or face full military action.