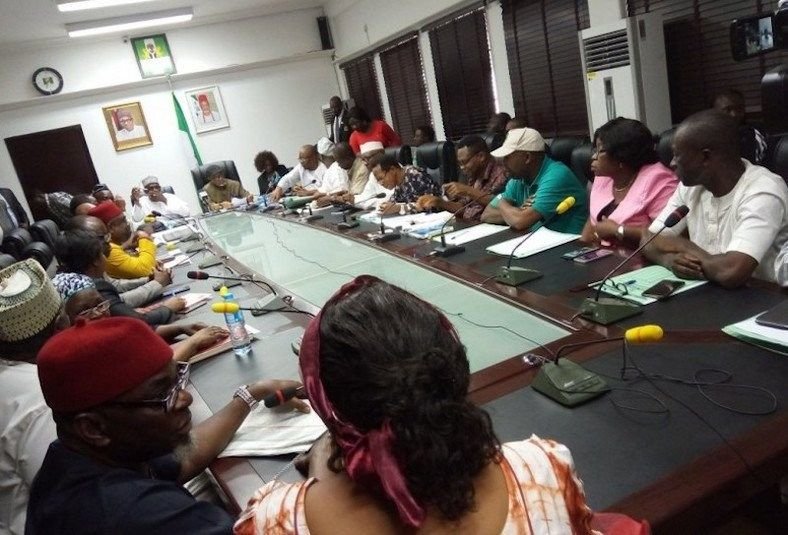 The organised labour has appealed to state Houses of Assembly to identify with workers by compelling governors to pay the new minimum wage.

General-Secretary of the Nigeria Labour Congress, Mr. Emmanuel Ugboaja, made the appeal while fielding questions from journalists on Sunday in Lagos.

According to Ugboaja, any governor who refuses to pay the minimum wage should be impeached.

The News Agency of Nigeria reports that the Nigeria Governors’ Forum had said governors would not pay beyond their individual capacities.

However, the NLC scribe said there was no basis for the governors to complain about payment of the N30,000 minimum wage, arguing that they had the capacity to pay.

“It is criminal to say you cannot pay the new minimum wage. Some of these leaders ride in private jet, so they can pay,’’ Ugboaja said.

He said the organised labour was in support of the return of the Labour Advisory Council, which would help to mediate between government and workers.

He urged the Federal Government to take actions against employers who would not pay the new wage.

After that, labour and the government debated heavily on the consequential adjustment 0n workers’ salaries.