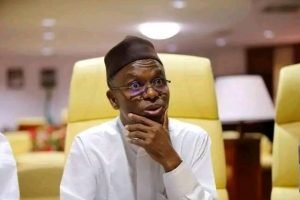 the deceased who is a retiree of the Nigeria Railway Corporation and the father to Hon. Thomas Yatai, a Director with the Baze University Abuja was described by many as very jovial and respectable community leader

Hon. Thomas Yatai, who disclosed this to Aluta News on Wednesday in Abuja has stated that the attackers besieged his house in the village on Tuesday at about 11pm and assainated his father

According to Yatai, the unknown gunmen also abducted his niece, Miss Brenda and her whereabout is yet to be known

Similarly this medium had gathered that the Unknown gunmen earlier attacks the same village on Monday at about 8pm and equally abducted Mr Amos Magbon, the Rector of the federal college of statistics Manchock

Eyewitness disclosed that the attackers had stormed the village in their numbers.

The attack was coming barely three weeks when two Ad-hoc staff in charge of distributing mosquito nets were gunned down en route Zango-Zankan road in the same LGA.

A resident, John Auta, informed that the terrorist stormed the community with sophisticated weapons shooting sporadically before abducting the duo.

He lamented that some communities in the local government had been experiencing attacks by the terrorist and security officials were not doing enough to arrest the situation.

He called on the government to ensure that security agencies were stationed in the area to curtail the activities of these criminal elements.

The State Police Spokesman, DSP Mohammed Jalige, could not be reached as of the time of filing this report.