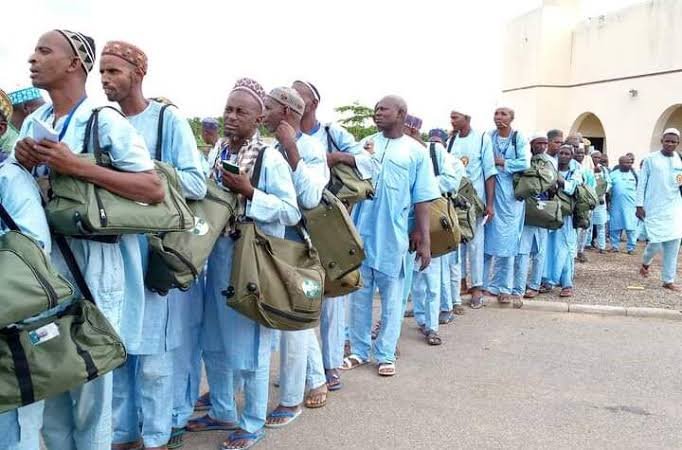 Gov. Abdullahi Sule of Nasarawa State has lauded the 2022 Muslim pilgrims from the state for their peaceful conduct at the holy land.

Gov. Sule made the commendation while receiving the report of the Hajj from the Speaker of the state legislature, Alhaji Ibrahim Balarabe Abdullahi, who was the leader of the Hajj delegation.

The governor expressed happiness over the good conduct of the pilgrims while in the holy land.

” We are happy for your good conduct while in the holy land,” he said.

The governor also appreciated the National Hajj Commission and the State Muslim Pilgrims Welfare Board for catering for pilgrims from the state.

He appreciated the prayers of the pilgrims for him, the state and the country at large.

The governor restated his administration’s  readiness to support religion institutions at all times.

While presenting the report, the Amirul Hajj described the exercise as successful.

He explained that all the flights that conveyed pilgrims from Nasarawa State took off and arrived in good time.

The Amirul Hajj attributed it to Gov. Sule’s  support for the pilgrims welfare board.

The Amirul Hajj said aside the death of one of the pilgrims in Makkah, the entire exercise was characterised by the patriotic zeal among other pilgrims who devoted time in praying for the state and the country.

The speaker urged the governor to sustain the sponsorship of Muslim pilgrims and their Christian Counterparts.

The News Agency of Nigeria ( NAN) recalls that on June 9, Gov. Sule tasked the 684 prospective pilgrims from the state to Saudi Arabia to be good ambassadors.

Sule gave the task in Lafia when he bade farewell to the pilgrims at an occasion held at the State Muslims Pilgrims Welfare Board.