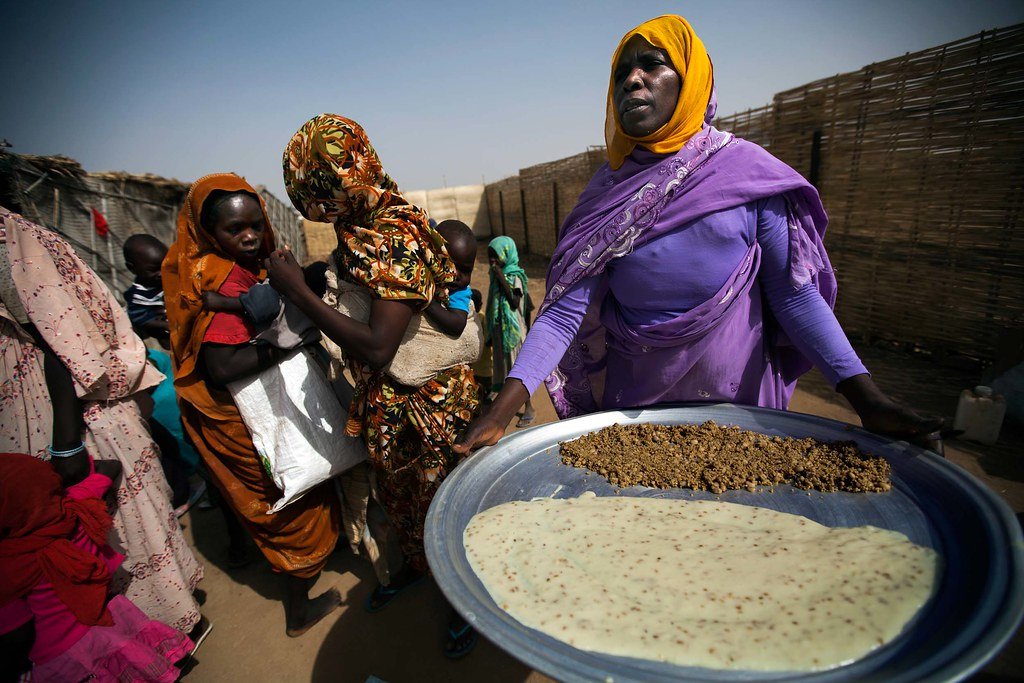 The UN World Food Programme (WFP) in Sudan has received a 100 million dollars contribution from the World Bank to assist with critical emergency cash and food sustenance in Sudan.

In the first-ever direct contribution between the two UN agencies in the country, the Sudan Emergency Safety Nets Project aims to provide cash transfers and food for more than two million people across the impoverished and crisis-wracked nation, including for those internally displaced.

“WFP is extremely grateful to the World Bank for this generous contribution, at a crucial time in Sudan when more and more people do not know where their next meal will come from,” Eddie Rowe, WFP’s Representative and Country Director in Sudan, said.

According to Rowe, the country’s economic and political crisis has grown more intense due to rising inflation, conflict and displacement.

“That’s been exacerbated by climate shocks – including droughts and floods, and a poor harvest – all of which has increased food insecurity throughout Sudan.’’

As hunger continues to rise at “an alarming rate,” one-third of the population is facing food insecurity, WFP official said.

By September, up to 18 million people, or 40 per cent of the population, could slip into hunger, according to the Comprehensive Food Security and Vulnerability Assessment released in June.

In Sudan, WFP is working to sustain people facing acute hunger while addressing the root causes of food insecurity.

The newly launched project will enable the UN food relief agency to save lives while laying the foundation for a more targeted social safety net system in Sudan by supporting the most vulnerable to withstand shocks and build more resilient livelihoods for the long term.

“This funding will help to mitigate a looming hunger crisis in Sudan and inform future social safety net systems for the country’s most vulnerable that not only saves but changes lives,” Rowe said.

Yet, in spite the substantial contribution, WFP still requires at least 266 million dollars more through the end of the year to reach over 10 million vulnerable people year.

Since the beginning of 2022, WFP has reached 4.8 million people across Sudan with life-saving food or cash and nutrition support, school meals, and livelihood opportunities.