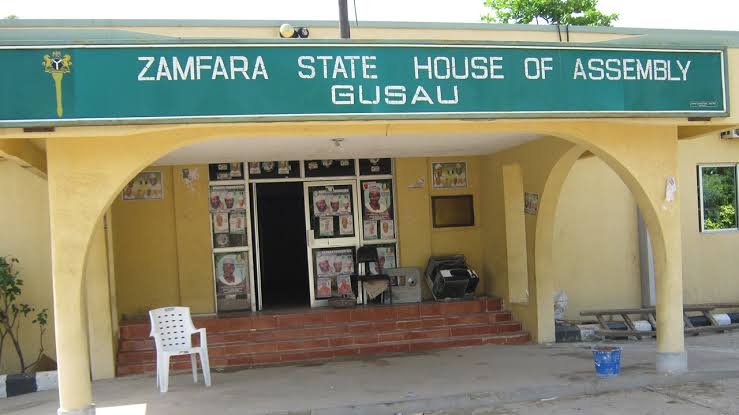 The Zamfara Assembly on Monday passed a bill to provide a law for the prohibition and punishment for banditry, cattle rustling, cultism, kidnapping, terrorism and other incidental offences. 2022.
The News Agency of Nigeria (NAN) reports that the executive bill sent to the house by Gov Bello Matawalle was passed during the assembly’s plenary.
Presenting the bill before the house, the Deputy House Leader and Chairman, House Committee on Justice and Judiciary, Nasiru Bello-Lawal (APC- Bungudu West) called on the lawmakers to deliberate and agree on the bill.
Bello-Lawal called on members of the house to read the bill and allow it to be given it’s 3rd reading.
The Speaker, Nasiru Magarya, said the bill had already gone through its first and second readings and other rigorous legislative processes, including a public hearing.
“There is need for the passage of the bill  by the house, considering its position in contributing to peace and stability in the state,” Magarya said.
After deliberations, the lawmakers unanimously agreed with the bill to be given its third reading.
The Speaker directed the Clerk of the house, Alhaji Shehu Anka, to give the bill its third reading.
Speaker commended Gov Bello Matawalle for introducing new policies and measures to curtail the menace of insecurity against the wellbeing of people of the state.
“I commend the governor for taking these proactive measures, but they can only be successful when the prayers and support of all citizens are enjoyed by the government, Magarya added.
Meanwhile, the house also gave a bill to provide a law for the establishment of Zamfara College of Nursing Science Gusau, its first reading.
This followed a motion on the bill moved by the leader of the house, Alhaji Faruku  Dosara during the plenary.
At the same sitting, the house screened and confirmed 5 government nominees presented to it by Gov Bello Matawalle as Commissioner and Special Advisers.
The Speaker listed the names as Muhammad Abubakar-Gummi, the former Dep. Speaker of the house, who was screened and confirmed as Commissioner-nominee.
Sambo Garba-Marafa, Abdulkadir Muhammad, Muhammad Kabiru and Bala Dakitakwas were screened and confirmed by the house to be appointed as Special Advisers.
NAN