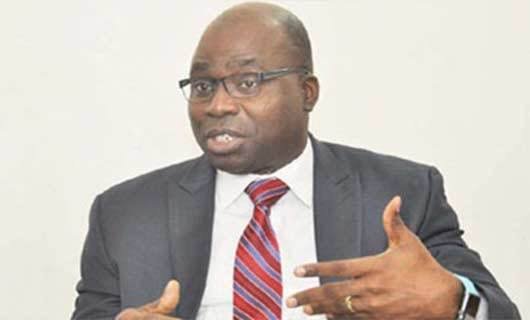 Chairman of Independent Corrupt Practices Commission, Prof Bolaji Owasanoye, on Monday in Abuja called for an improvement in Nigeria’s capacity to protect its interests during economic negotiations with other countries.

Owasanoye made call at the opening of a two-day workshop on mitigating illicit financial flows.

He said those representing Nigeria at international negotiation tables needed to hone their skills to get good deals for the country, especially in sectors and areas with positive multipliers.

He said this would impact on the economy and the well-being of Nigerians.

He stressed the need to focus on capacity building to improve negotiation skills especially in the trade and investment sector.

“Nigeria requires trade and investment to grow the economy. To attain this objective, Nigeria must have the potential to harness capital and technology in a manner that is not inimical to development,’’ he said.

He told participants that once agreement was reached on any issue, the agreement must be binding and must be respected no matter how inequitable it might be to any of the parties.

According to him, the workshop is to build the capability of those who negotiate different kinds of contracts through which corruption takes hold.

He added that there were examples where negotiators signed clauses that were not implementable and .the country was penalised for breaching agreements.

He noted that such agreements ended up in arbitration and disputes whereas those responsible had had their palms greased by the other parties.

“The workshop is designed to help middle level and senior officers who negotiate agreements in specific areas such as in oil and gas, trade, investment, environment and taxation.

“This is to prepare them to know what to look for to protect national interests and also to help the country to avoid deleterious clauses that lead to capital flight,’’ Owasanoye said.

He noted that international trade agreement structures erected years ago were skewed to the advantage of colonialists.

The chairman stated that Nigeria must align with one of the ideals expressed recently by South Africa’s former President Thabo Mbeki championing the need to build capacity to combat illicit financial flows.

He acknowledged the support of Ford Foundation in organising the workshop.

“The Foundation continues to demonstrate unquestionable commitment to the development of Nigeria through support for the civil society and selected government institutions,’’ he noted.

In his remarks, Dr Adeyemi Dipeolu, said it was necessary for Nigeria to develop a crop of officials skilled in international negotiations in general as well as in key thematic sectors.

He is also the Special Adviser to the President on Economic Matters in the Office of the Vice-President.

“The consequences of poor negotiations can range from paying twice as much as your neighbour for the same item to costing your country a billion dollars in a mining concession,’’ he said.

He stressed that the real intention of the workshop was to imbue the young negotiators with skills and the ability to negotiate agreements that would not put the country at a disadvantage.

“The idea is to train a set of people who have skills and capabilities to get outcomes that favour our country in negotiation both at home and abroad,’’ he said.

Participants at the workshop were drawn from middle level officers in public sector agencies who negotiate trade and economic agreements on behalf of Nigeria.

The workshop has: “Capacity Building for Nigeria’s Negotiators for Improved Terms of Engagement with the Rest of the World’’ as its theme.