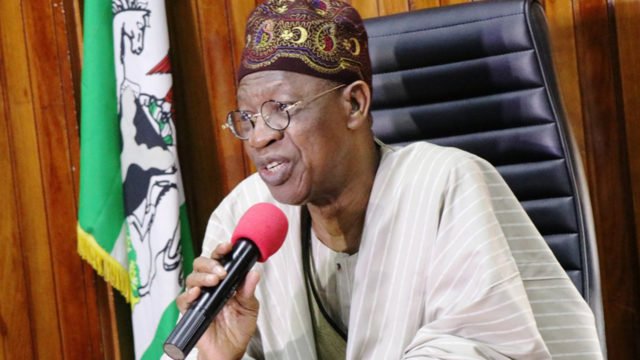 The Federal Executive Council has approved N964 million for the provision of a satellite-based education system equipment in three primary schools in each of the 36 States of the Federation, and the Federal Capital Territory, Abuja.

Information and Culture Minister, Alhaji Lai Mohammed, revealed this at the end of the Council’s meeting, chaired by President Muhammadu Buhari, on Wednesday in Abuja.

He said: “The Minister of Education obtained council’s approval for the award of contract for the provision of a satellite-based education system for 109 e-Learning centres across the 36 States of the Federation and the Federal Capital Territory.

“The contract is for the sum of N964 million. The purpose of the memo is to provide each senatorial district in the country with e-Learning provision. Each State has three senatorial districts and the FCT has one, making it 109.”

According to the minister, the scope of the project is the provision of a satellite-based education system for 4,360 users in the senatorial districts, including installation of 109 receiver satellite unit modems, servers and antenna in three schools in each State.

He also said 4,360 android tablets and 109 solar units would be deployed to the benefitting schools.

While commenting on the ongoing strike by university lecturers, the minister noted that contrary to insinuations in some quarters, “the Federal Government is taking the necessary steps to ensure that the lecturers call off the strike, to enable students return to their classes’’.

On the comment by some Governors that the Islamic State West-African Province, ISWAP, was hurriedly linked to the terrorists attack on a church in Owo, Mohammed said ISWAP was fingered based on intelligence report at government’s disposal.

He said: “Whether it’s ISWAP or not, I don’t think that is the issue really. The issue is that it ought not to have happened and the security is doing its best to ensure there is no repeat.