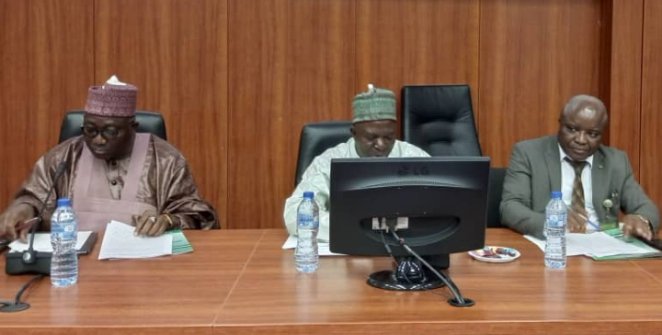 Adaji made this known onTuesday in Abuja at a joint meeting of officials on FCT/Niger boundary.

He said that the last meeting on the boundary  issue was held on Oct  25, 2018 and appropriate decisions were taken to move the process forward.

“At the last joint meeting of officials, it was noted among other things that the main pillars that defined the FCT/Niger boundaries were too far apart.

“As a result of that, there were uncertainties as to the correct alignment of the boundary resulting in claims and counterclaims of encroachment on sectors of the boundary from time to time.

“The commission had received numerous requests for the confirmation of the correct alignment of the boundary line with respect to sectors of the boundary from individuals, security agents and government institutions.

“This is because of the non-clarity of the boundary occasioned by the very wide gabs between the pillars. It is therefore not surprising that there have been many cases of complaints of encroachments.

“I want to assure you that the commission is more determined to continue with all the activities that will lead to clear definition and demarcation of the boundaries between FCT and Niger,’’ Adaji said.

Alhaji Ahmed Mohammed Ketso, the Deputy Governor of Niger State said the boundary between his state and the FCT was the longest boundary line covering a distance of about 176 kilometers.

“The boundary runs from Morogi in Lapai Local Government Area to Egga-Izom, up to  Izom-Zuba and then to Tungan Adaka II (Kawu) and not Barangoni as earlier assumed.

“We have four local government areas, namely, Lapai, Gurara, Suleja and Tafa along the boundary.

“However, we want a natural feature like River Gurara to be used as a  boundary line between the FCT and Niger.

“At Lapai-FCT sector, the current policy of FCT on land swapping should be adopted as a form of compensation to communities whose lands and physical structures have been ceded to FCT without compensation.

“I would also advise the NBC to complete the placement of pillars at 200 meters interval along the boundary to make it visible.

“I assure you of Niger state government’s commitment and cooperation at all times,’’ Ketso said.

Meanwhile, Mr Olusade Adesola, the Permanent Secretary, FCT Administration said the meeting was to underscore the efforts put in the past to properly demarcate the boundary between FCT and Niger to avoid ambiguity.

Adesola appreciated Adaji and other stakeholders on their efforts to address the lingering issues.

The News Agency of Nigeria (NAN) reports that Adesola was represented by Mr Udo Samuel Atang, a staff of the FCTA.

The meeting attracted government officials and  traditional leaders from FCT, Niger State and other relevant stakeholders.