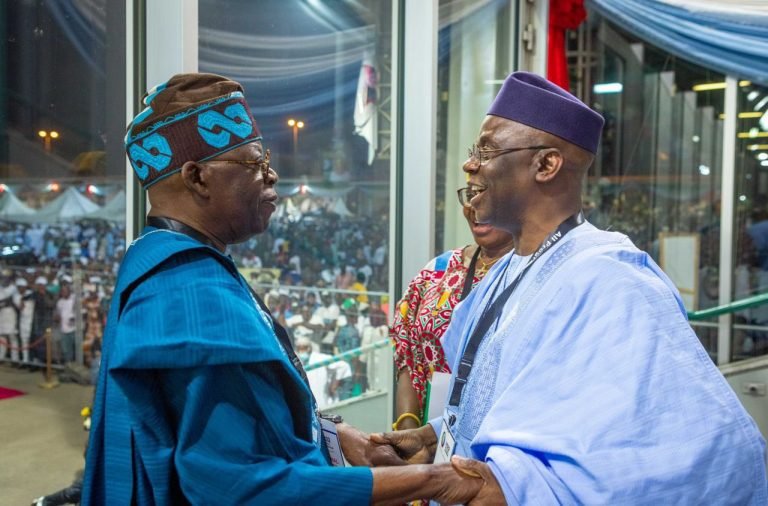 The Overseer of the Citadel Global Community Church, Pastor Tunde Bakare, on Sunday wished APC Presidential Candidate, Sen. Bola Tinubu the best in the 2023 general elections, saying that a new Nigeria was possible.

Bakare, one of the contestants for the APC presidential ticket at the party’s primaries on June 8, made the remarks while addressing his congregation and supporters on the APC primary during the church’s Sunday Worship in Lagos.

In his address titled “A New Nigeria is Still Possible”, Bakare said he remained committed to such new Nigeria that would work for all and sundry.

“I congratulate the winner of the APC presidential primaries, Asiwaju Bola Ahmed Tinubu, for his victory.

“His emergence as the flagbearer and presidential candidate of the APC is a testament to his significant contributions to the course of the South West as well as his labour towards the formation and establishment of the APC as I have said in times past.

” I, therefore, extend best wishes to him as he proceeds on the campaign trail towards the 2023 general elections,” the cleric said.

Bakare said that since the conclusion of the APC Primaries in Abuja on June 7 and June 8, he had received “an almost endless stream of visitors” and shared various impressions, but yet to make any official public statements.

“As the main constituency and core group I am accountable to, I deem it appropriate to share a few thoughts with you first,” he told the congregation.

On his involvement in politics, Bakare said it was antithetical that some parents wanted their children to grow up to be President but did not want them to become politicians in the process.

The overseer said that he had a lifelong commitment to serving his nation, Nigeria.

Bakare said that he remained convinced now more than ever that the quest to serve his beloved nation, Nigeria, had been a worthy adventure for a worthy cause.

According to him, as a presidential aspirant at the APC’s Special Convention, it had been a great honour for him to be the standard-bearer of the message of a New Nigeria; a Nigeria that works for every Nigerian.

He thanked his supporters across the nation and in the Diaspora for their unalloyed support despite the challenges leading up to the primaries.

Bakare said: “Our heads remain unbowed because we did not compromise on the values that are integral to building a New Nigeria.

“For us, the means has always been as important as the end. This is why we confidently wear our “zero votes” as a badge of “zero tolerance for a certain kind of politics”.

The cleric said that his confidence was rooted in the Biblical reference in Dan 4:17 that Holy God rules human kingdoms and can raise leaders out of losers.

According to him, since he will ultimately give account to God, he will continually trust Him despite what may today appear to be a setback.

“This is not the work of just one man or woman or just one party, but the calling upon every Nigerian worthy of the name.

Bakare prayed that God should bless Nigeria with leaders who can subject their particular egos to the pressing urgencies of the great cause of freedom.

“May we all find it within ourselves to become these leaders no matter the temptation to be less than.

“This is the moment where those leaders must begin to revive the dreams of our founding patriots; the dreams of a Nigeria strong and united though tribes and tongues may differ.

“The dreams of a Nigeria where no one is oppressed, no matter which part of the country they come from and live in, and no matter how they choose to worship God.

According to the cleric, Nigeria has a seat at the table of nationhood, especially an ideal Nigeria where peace and justice reign.

He said that the moment had come where Nigerians should begin “to build a bridge between the dreams of our past, the realities of our present and the visions of our future towards a New Nigeria.

“A Nigeria where every man or woman, and every boy or girl, can live up to his or her full potential, and be all that they were created to be.

“I remain audaciously confident that a New Nigeria is possible and that, upon the foundational values of integrity and incorruptibility.

“Nigeria will, no doubt, become a cutting-edge nation; a nation that will, one day, be the peace, progress, prosperity and possibilities capital of the world.

“I remain committed to working towards this cause in the days ahead in whatsoever capacity God and the good people of Nigeria so choose, ” the cleric said.

Bakare prayed for those who had suffered with him and followed him before, now, and future that they would not lose their reward, but live to enjoy good governance in the new Nigeria.

The News Agency of Nigeria (NAN) recalls that Tinubu, a former governor of Lagos State, defeated 13 other aspirants, including Bakare, who polled zero vote, to clinch the party’s ticket for the 2023 presidential election.