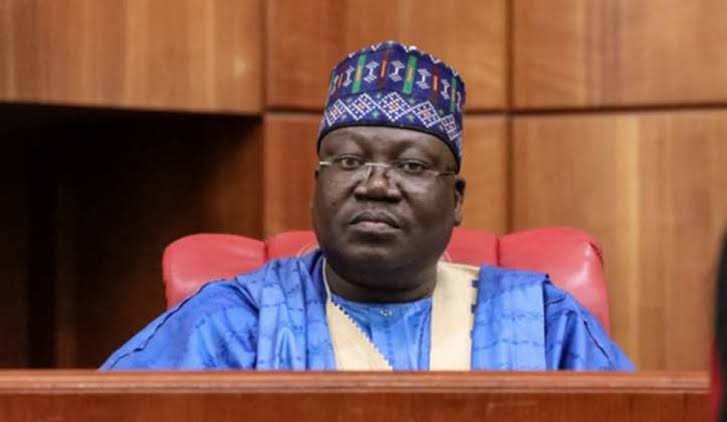 Senate President Ahmad Lawan has urged striking workers of the National Assembly to call off their industrial action and embrace dialogue for speedy resolution of the disputes.
The appeal is contained in a statement issued by Mr Ola, Awoniyi Special Adviser on Media  to President of Senate, in Abuja on Friday.
Lawan made the appeal at a meeting which he summoned to find a way out of the lingering issues between the workers and the management of the National Assembly.
Workers of the National Assembly under the aegis of the Parliamentary Staff Association of Nigeria(PASAN) had embarked on an indefinite strike from Monday June 6, to press home their demands for payment of some allowances.
“I want to urge you, whenever we disagree, let’s try to come and sit and talk about it because when we talk, we are able to find some common grounds and solutions.
“I am very happy that we have been able to deal with this,” Lawan said.
In attendance at the meeting were the Deputy Senate President, Ovie Omo-Agege, Senate Leader, Yahaya Abdullahi and the Senate Deputy Chief Whip, Sabi Abdullahi.
The NASS management was represented by the Clerk of the National Assembly, Mr Ojo Olatunde, and Chairman, National Assembly Service Commission,  Mr. Ahmed Amshi and some top officials of the National Assembly.
President of PASAN, Mr  Mohammed Usman, also led his other colleagues who are officials of PASAN.
After the two sides had narrated their positions on the disputes, the Senate President assured the workers that he would reach out to the relevant authourities that would facilitate the speedy resolution of the issues involved.
Usman, in his final response, said he would communicate the outcome of the meeting to his other colleagues who are members of PASAN.
NAN