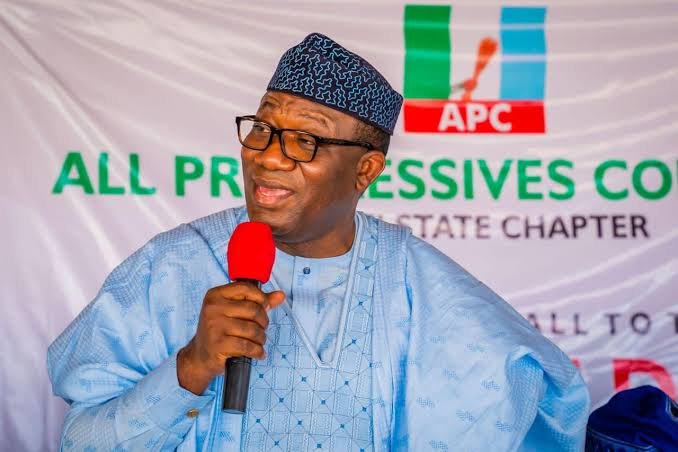 Gov. Kayode Fayemi of Ekiti says  the emergence of Sen. Bola Tinubu as the presidential candidate of the All Progressives Congress (APC) is a collective wish of party members.

Fayemi made the assertion in a statement signed by Mr Yinka Oyebode,his Chief Press Secretary, on Wednesday in Ado-Ekiti, Ekiti.

The governor said Tinubu had proven his dedication and competence to lead Nigeria at a very  important time in the country’s history.

Fayemi ,who stepped down  for Tinubu at the just-concluded APC Special Convention in Abuja, described the APC flagbearer as a long distance runner with the capacity to lead the country to greater heights .

“It is a great moment for our party. I congratulate Asiwaju Tinubu for the well- deserved victory and the leadership of the party as well as the convention committee members for a great job.

“Collectively, we shall move from this convention venue with greater determination to strengthen the party and work assiduously for the success of the party in the 2023 elections,” he said.

Fayemi congratulated Tinubu,a  former governor of Lagos State,on his victory at the convention and emergence as APC presidential flag bearer for the 2023 election.

He congratulated the party leadership and the convention planning committee for the successful conduct of the special convention and presidential primary.

Fayemi also used the opportunity to congratulate President Muhammadu Buhari for superintending over a free, fair, and credible process as national leader of the party.