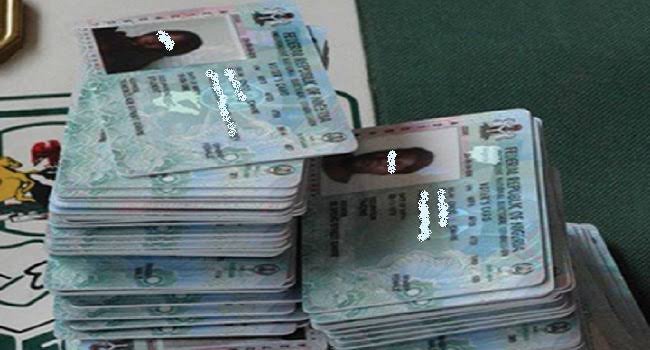 The Independent National Electoral Commission (INEC) in Lagos State, says after one month it flagged-off distribution of about 34,000 newly printed Permanent Voter Cards (PVCs) for new registrants, only 3,000 applicants have come for collection across the state.

Mr Olusegun Agbaje, the Resident Electoral Commissioner, made this known on Tuesday at a news conference on ‘Youth Vote Count’, an awareness campaign to mobilise and get youths registered in the Continuous Voter Registration, holding at Tafawa Balewa Square (TBS) in Lagos.

The exercise organised by INEC in collaboration with the EU Support to Democratic Governance in Nigeria (EU-SDGN), the Youth Initiative for Advocacy, Growth and Advancement (YIAGA) and other partners would culminate in a mega music concert on Saturday at the same venue.

“But it is very disturbing that since April this year when we brought out these cards for people to collect, as at last week Monday, only 3,000 PVCs have been collected by their owners.

“I told my electoral officers in various local government areas to call the owners on phone to come for their PVCs, but people want us to bring them to their houses.

“This is not possible, we must be ready to make some sacrifices and efforts to go and collect their PVCs,” he said.

The INEC boss said that the CVR would end on June 30, adding that INEC didn’t have any intension of extending this closing date for registration.

He said that though INEC had captured significant number of people in the ongoing CVR expected to end on June 30, there were lots of qualified Nigerians, especially the youth who had not showed up.

Agbaje said that about 1,000 prospective voters were registered on the first day of the ‘Youth Vote Count’ awareness and mobilisation that started Monday at TBS, with 50 CVR machines deployed.

On the mega music concert slated for Saturday at TBS, Agbaje said that various artistes would be on ground to foreground the need for youth to get involved, saying that the only access card would be PVCs or Temporary Voter Cads (TVCs).

Olawunmi said that the concept of the Youth Vote Count was a non-partisan campaign launched in 2018 with the sole objective of getting young people to participate more in the electoral process.

“Almost everyone here knows that the population of young people in this country is huge and that hasn’t necessarily translated to an effective participation in the electoral process.

Also, Mr Samson Itodo, the Executive Director, YIAGA Africa, described as appalling a situation where Nigerian youths with demographic majority, were not showing up in electoral process.

“There is a huge youth population in Lagos and that population need to be engaged. We are very concerned that only five per cent of young people who are registered voters showed up at the last election and it is disturbing.

“The young people of Lagos have a unique opportunity in the next election to make their number count,” Itodo said.

He encouraged the youth to know that there were reforms within the electoral system that would make their votes to count.

On the mega musical concert on Saturday, Itodo said that Nigeria’s most celebrated and civic-responsibility- conscious musicians, comedians, and social media influencers had been invited to perform with their craft and lend their voice to encourage the youth to get registered and vote.