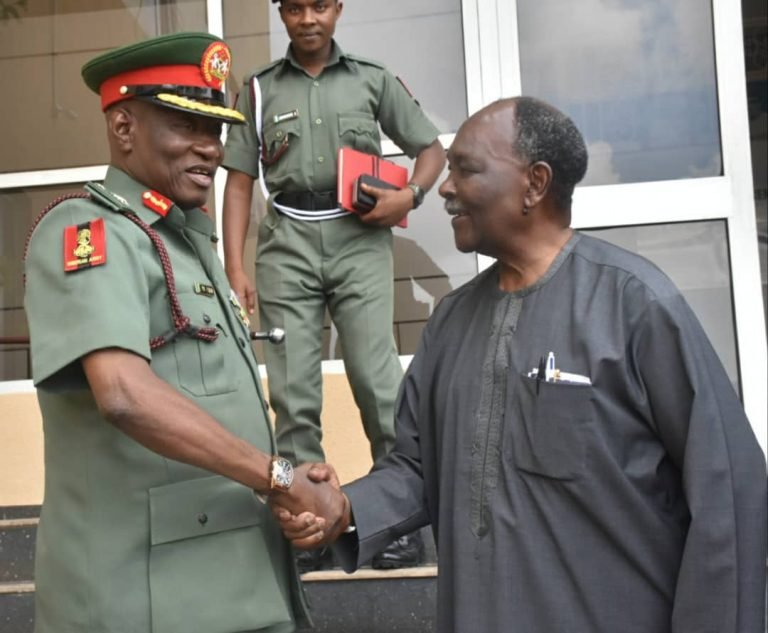 Former Head of State, Retired Gen. Yakubu Gowon, says he is proud of National Youth Service Corps (NYSC) for its various achievements over the years.

Gowon stated this on Monday in Abuja while receiving the Director-General of the scheme, Brig.-Gen. Muhammad Fadah, who was on a courtesy visit to him.

According to the former head of state, who established NYSC during his regime, the scheme is indeed doing well.

“I am glad to meet you and to hear you. I know that you will be coming from time to time to brief me about the good work that you are doing.

“From what I have seen you doing and achieving, you have become a new corporation, a company that is really producing and doing well. You are a success. So, I say well done,” he said.

Gowon congratulated Fadah on his appointment as the 19th director-general of NYSC and assured him of his unwavering support.

He urged the corps members to continue to keep the country together because, as youths, they would be the future leaders.

“I have always believed that one day, when we have this country being ruled by those of you who are in the NYSC, we know that the country will be looked after very well.

“This cross pollination is for the young people to know their country, rather than only the area where they come from, and to think of the interest of the country being together.

He said that they would be able to do so, not for individual interests, but for everyone.

The former head of state urged them to think of themselves as Nigerians first before thinking of wherever they might come from.

“Yes, be proud of where you come from, but be proud of being first a Nigerian and then from wherever you come, because your contribution is to make this country greater and better.

“For the young people who are in this NYSC, I say that it is you who are telling us, for those who are trying to say that NYSC has lost its value or whatever it is.

“It is you who are telling all Nigerians that NYSC is good; it is for the good of the country so continue it,” he said.

Earlier, Fadah appreciated the support which the elder statesman had been giving NYSC, as the father of the scheme since 1973.

He said that having taken over the reign of leadership, he also needed the same support and fatherly counsel from time to time, and also to intervene anywhere the need arose to assist the scheme.

The director-general also appreciated Gowon for throwing his weight behind the NYSC Trust Fund and in ensuring the transformation of the scheme.

He, however, solicited for more support to complete the legislative process that would bring about the realisation of the fund.

Fadah prayed that God would sustain Gowon and grant him good health.

The News Agency of Nigeria (NAN) reports that Fadah assumed office as the 19th director-general of NYSC on May 18, taking over from Maj.-Gen. Shuaibu Ibrahim.