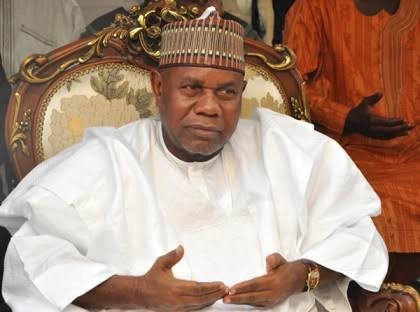 Umar denied his defection to the PDP in a statement issued in Jalingo on Thursday.

He said that he was not contemplating leaving the All Progressives Congress (APC) to any other political party.

He called on the general public to disregard the rumour of his purported defection and urged those spreading the rumour to desist from it henceforth.

“My attention has been drawn to the news going round in the social media that I, Alhaji Garba Umar has joined the PDP.

“I will at best describe the rumour as malicious and a total fallacy emanating from rabble-rousers who are hell-bent on maligning my political reputation and integrity.

“I want to state abundantly clear that I have not contemplated joining any other political party and I remain a loyal member of the APC.

“The fact remains that APC under President Muhammadu Buhari has achieved tremendous feats in this country.

“As a progressive, it is incumbent on me to support Mr President to succeed and complete his tenure.

“I, therefore, urge the general public to disregard the rumour and its proponents to desist from such act,’’ Umar said.