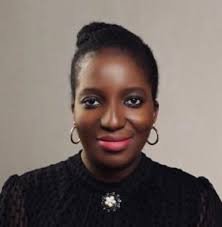 The National Agency for the Prohibition of Trafficking in Persons (NAPTIP) says a joint effort with the Delhi police, India,
has led to the arrest of a notorious foreign-based human trafficker, Joy Shandy-Okah.

The information is in a statement issued by the Assistant Public Relations Officer of the agency, Mr Adekoye Vincent in Abuja on Monday.

Others were activists from the New Delhi-based-Anti-Human Trafficking Organisation known as “Vihaan-WMS.”

The assistant public relations officer noted that “Shandy-Okah was arrested in a deliberate operation targeting big time traffickers outside Nigeria.”

He also disclosed that the successful operation led to the rescue of three Nigerian victims of forced prostitution (names withheld) in New Delhi, India.

He quoted the NAPTIP Director-General, Dr Fatima Waziri-Azi, as saying “the agency has embarked on strategic advocacy to enhance operational
relationship with critical partners within and outside Nigeria.”

Waziri-Azi also directed all persons linked with the recruitment, harbouring, trafficking and sexual exploitation of the three victims to be arrested
and prosecuted.

“We shall take appropriate legal steps to ensure that such proceeds of crime are forfeited and used to assuage the pain inflicted on victims”, she added.

The assistant public relations officer explained that the move was part of the director general’s pledge on assumption of duty to ensure that high profile human traffickers across the
world were identified, arrested, prosecuted.

He said that the foremost among partners that demonstrated unconditional commitment to work with the agency was the International Police
Organisation (INTERPOL) in which the India police was a member.

He added that NAPTIP received an SOS via email from a 17-year-old girl (names withheld) who was deceitfully trafficked from Nigeria for forced
prostitution in India, and this motivated the agency to work.

He noted that the victim requested NAPTIP intervention for her rescue and that of two others who were also Nigerians held captive and forced
into sex trade by one Joy Shandy-Okah, a Nigerian based in India.

“NAPTIP networked with the Indian based NGO Vihaan-WMS through intelligence sharing, which resulted in the rescue of the three victims and arrest of their trafficker at New Krishina Park, near Well Pharmacy Vikaspuri, New Delhi – India.

“The victims were recruited from Edo, Delta and Rivers and trafficked to India for sexual exploitation by Joy Shandy-Okah and her accomplices.

“One of the victims travelled from Nigeria on Sept. 17, 2021, while the other two arrived India from Nigeria on Dec. 14, 2021. The victims were subjected to oath rituals in Nigeria before their eventual travel.

“The victims travelled with questionable passports and student visas. They were eventually held captive in New Delhi by their trafficker, who sponsored their trip to India.

“Their phones and travel documents were seized and they were forced into prostitution to pay up a debt of N4.5 million each until their rescue on Jan. 6, 2022,” Vincent said.

The assistant public relations officer disclosed that Shandy-Okah was currently facing trial in an Indian court since Jan. 7, 2022 after her arrest and the victims were in a safe custody.