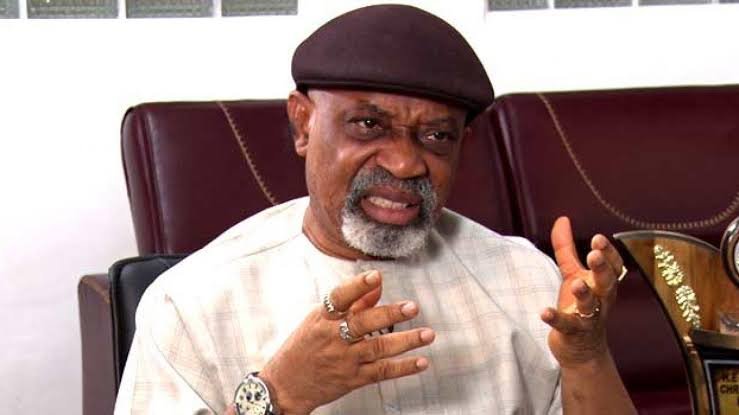 The Minister of Labour and Employment, Sen. Chris Ngige, has given the management of the Nigeria Social Insurance Trust Fund(NSITF) January as deadline to re-adjust the salary structure of its employees.

Ngige made the disclosure during the closing ceremony of a two-day Management Performance Review Meeting, organised by the fund.

The News Agency of Nigeria (NAN) reports that the directive was contained in a statement signed by Mr Charles Akpan, Deputy Director, Press and Public Relations of the ministry and made available to newsmen on Sunday in Abuja.

The minister said that the fund has three months to fully automate its operations.

He commended the new management of the fund for what he termed as “a new focus and work friendly environment”.

He noted that the conduct of the new team has justified the decision of President Muhammadu Buhari to relieve the immediate past management team of their responsibilities.

According to Ngige, in July 2020 the president approved the suspension and later removal of the former management of the NSITF after over three years in office, the fund’s savings was a paltry N2 billion.

“The Acting Management of Kelly Nwagha, who bridged the gap for less than a year, moved the savings to N8 billion.

“In six months, the current management under Mike Akabogu has moved it to N17b.

“The people they succeeded in office had only N2b in the account but left a liability, debts of over N30b,” he said.

The minister said he told them it was immoral for them to do so when some staff members could not afford house rents.

He said the strategic reform they set for themselves must be all-inclusive, an advice they heeded.

“We discovered very sadly that the NSITF has not re-adjusted staff salary but it is not the fault of this management but of preceding ones who did not think about the lowly placed persons.

“We discovered it and have given them an ultimatum to do so by the end of January and other incentives will follow and will be tied to performance.

“If you improve your contributions before the end of March, all your allowances will be reviewed,” he said.

The minister, however, urged the staff to buckle down as the new system would reward hard work, adding that the more target you meet in terms of returns, generation of contributions, the more the incentive.

Ngige also charged the management to fully automate the operations of the agency within three months, in line with global trends.

“Information on every aspect of this agency should prop up on the touch of a button. It saves cost, saves time , promotes synergy, efficiency and transparency which is a bulwark against fraud.

“You must achieve this in three months. Both ITF and FIRS are organisations you should be competing with, but they have left you behind,” Ngige said.

Ngige said that every contract must be in line with the Procurement Act and must be done based on NEEDS assessment , vowing that the era of procurement just for the sake of it was over.

He noted that additional recruitment of lawyers and accountants was done to firm up operations and there should be no excuses henceforth.

Ngige called for the re-enforcement of the Informal Sector Department of the agency as he described the informal economy as one whole opportunity waiting to be tapped for the social security benefits of all.

The Managing Director of the Fund, Dr Mike Akabogu, said the meeting was organised to ensure that branch managers were carried along on the new strategic management system.

He said the agency was being reformed to raise the bar of performance, hence the need for continuous cross-level engagement of the workforce to engender synergy needed for the achievement of target goals.