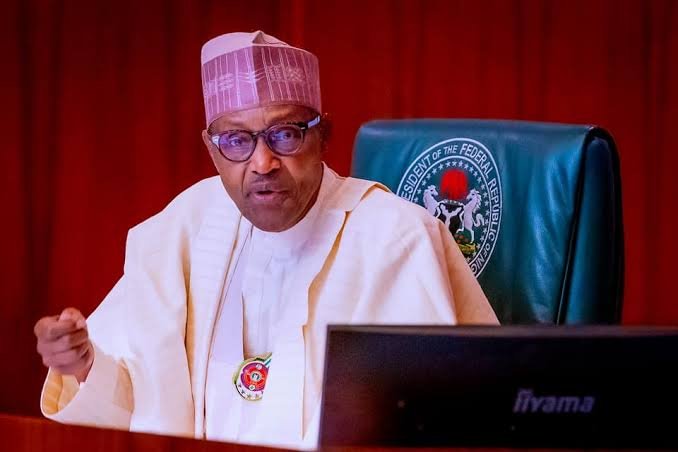 President Muhammadu Buhari has expressed confidence that the nation will overcome the prevailing insecurity situation in parts of the country.

The president gave the assurance during a visit on Friday to the State House, Abuja, by the Grand Khalifa (overall head) of the Tijjaniyya Islamic Movement World-Wide, Tidjani Ali Bin Arabi

Arabi was accompanied by Gov. Abdullahi Ganduje of Kano State and Sheikh Dahiru Bauchi, the leader of the Tijjaniyya Islamic Movement in Nigeria.

According to the president, the Federal Government is well aware of its responsibility with regards to security and will continue to do its best.

Buhari urged Nigerians to be fair to his government in assessing the security issue in the country by reflecting on what obtained at the time he took over in 2015, and the successes as well as performance which mark a decisive break from the past.

He particularly cited the successes recorded by the administration in the Northeast and the South-South, adding that the Northwest which had given the nation some “headache” would experience a turnaround for the better.

Buhari urged Nigerians to take responsibility and show interest in the affairs of their own security and complement what the government is currently doing.

”We have done our best and we will continue to do more by pursuing coherent and consistent policies to deal with terrorism.

”I hope God will listen to our prayers.”

The president used the opportunity to thank the Kano State governor, who brought the Grand Khalifa to Nigeria.

He said: “We thank you for inviting them to come to pray for peace and stability in our country.

”We are grateful that they agreed to come.”

He joined them in praying that God will give guidance and strength to leaders to be accountable and do right in all things that they do.

Earlier, Ganduje had introduced the Khalifa and his delegation, which included the Emir of Kano, Alhaji Aminu Ado Bayero, and Sheikh Dahiru Usman Bauchi, the leader of the Tijjaniyya Islamic Movement in Nigeria.

He said the government of Kano State invited the Tijjaniyya World Leader to the country to lead the faithful in prayer considering the complexities around security in particular.

The governor stated that the visit of the Grand Khalifa had also rekindled the old ties between the Tijjaniya and the many cultural and educational institutions in Nigeria.

The Tijjaniyya leader in the country, Sheikh Dahiru Bauchi, and the Grand Khalifa, extolled the existing cordial relations between Nigeria and Algeria and prayed for guidance and blessings for the country and its leaders.

Also speaking to State House correspondents on the visit by the Grand Khalifa to Nigeria, Gov. Ganduje said the Kano State Government invited the Grand Khalifa as part of efforts to develop good socio-economic relationship between Algeria and the city of Kano.

He said: ”Specifically, Kano State government invited the Grand Khalifa, that is the world leader of Tijanniyya Islamic Movement to come to Kano and develop a good relationship between Algeria and the city of Kano.

”It is a kind of rekindling the relationship because Kano is an old civilization, with so many Ulama (Ismamic scholars) from Algeria hundreds of years ago, who came to Kano to assist the development of Sharia leadership in Kano state.

”Trading was through the Sahara by camels. The establishment of Kurmi market in Kano is still there, and in order to rekindle that relationship with modern trading facilities, we think it is very, very important, apart from the religious aspect of it.”

On strategy or structure to address the almajiri issue, the governor disclosed that the state government has introduced free and compulsory primary and secondary education to check the menace of almajiri system in the state.

According to him, most of these almajiri are not indigenes of Kano state but as Nigerians, they are free to live anywhere in this country.

”But what is important, we have introduced free and compulsory primary and secondary education in Kano state.

”We have built many Islamiya schools. We have reformed the almajiri system of education.

”And also, we have embarked on repatriation of almajiris back to their respective states, some even to Republic of Niger, Republic of Cameroon.

“We have established a whole agency that is now evacuating the almajiri to their respective states. And those who are in Kano enjoy the free education facilities. So, that is the effort we are making,” he added

”But as you will know, unless there’s a universal legislation, preventing the movement of school-going aged children from one state to another is a problem that will continue to be here for a long time because Kano is a commercial nerve centre of the Northern part of this country and also a commercial nerve center of some West African countries.

”So, you can imagine people coming to earn their livelihood. They usually come with children, but we have enacted a law, any parent that does not put his child into school will be prosecuted.”