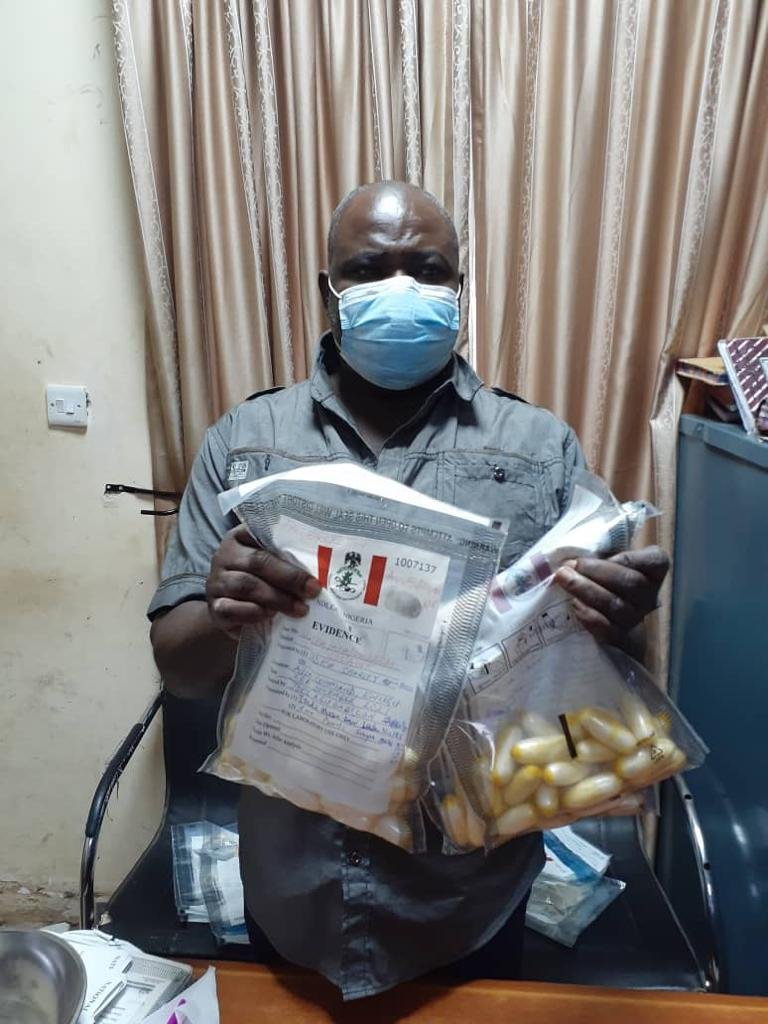 Its Director, Media and Advocacy, Mr Femi Babafemi, stated on Sunday in Abuja that of 9.953kilograms of cocaine and Methamphetamine were intercepted from the suspects.

He stated that Uzoh Johnson was arrested on Wednesday, Dec. 8, at about 5.30 p.m. during an inward screening of Ethiopian Airlines passengers at the Arrival Hall of the Akanu Ibiam Airport.

According to him, Johnson who arrived from Brazil via Addis Ababa was arrested with clothes impregnated with cocaine, which has a gross weight of 6.7 kilograms.

“While being interviewed by narcotic officers, Uzoh said he was given the consignment by his enabler in Brazil for which he would be paid N3 million upon successful delivery to someone in Nigeria,’’ he said.

In the same vein, another trafficker, 53-year-old Udeh Charley was arrested at the Enugu airport for ingesting 72 wraps of cocaine weighing 1.253kilograms.

Babafemi said that he was arrested on Friday, Dec. 3 during outward screening of Ethiopian Airlines passengers going to Rome, via Addis Ababa.

“He claimed he would have been paid 4,000 Euros on successful delivery of the drugs in Italy where he has been living for more than 20 years.

“He attributed his decision to engage in the ignominious trade on downward turn of his business as a result of COVID-19 pandemic,’’ he said.

In a related development, another trafficker, 25-year-old John Kadja, whose father was from Kumasi, Ashanti region of Ghana and mother from Nsukka, Enugu State was arrested on Friday Dec. 3.

Babafemi stated that the suspect was arrested with two kilograms of Methamphetamine during an outward clearance of Qatar Airways from Abuja to Doha.

“A search of his bag showed that the drug was concealed in a false bottom of his checked in luggage. He said he was travelling to Doha to work as a labourer,’’ Babafemi added.