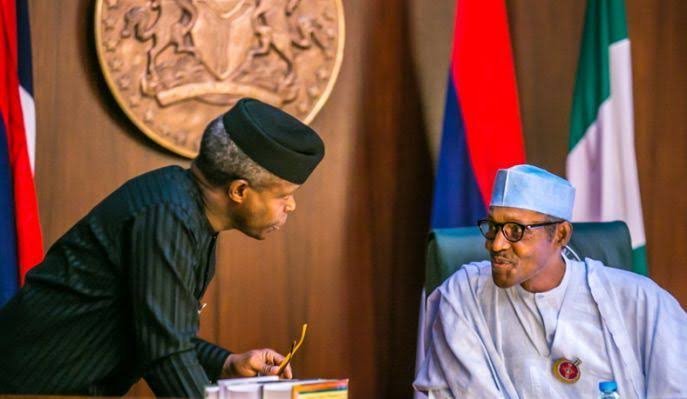 President Muhammadu Buhari has again warned that the Federal Government remains ready to take decisive actions against secessionist agitators and their sponsors who threaten national security.

The president issued the warning in a nationwide broadcast to mark Nigeria’s 61st Independence Anniversary on Friday in Abuja.

He said already high profile financiers of the agitators,  including a serving member of the National Assembly had been identified.

The president’s words: “The recent arrests of Nnamdi Kanu and Sunday Adeyemo and the ongoing investigations being conducted have revealed certain high profile financiers behind these individuals.  We are vigorously pursuing these financiers, including one identified as a serving member of the National Assembly.

“This is a clear example of how people abandon their national leadership positions for their selfish gains.

“Instead of preaching unity, they are funding and misleading our youth to conduct criminal acts that sometimes lead to unfortunate and unnecessary loss of lives and property.

“As the so-called leaders run abroad to hide, our innocent youths are misled and left in the streets to fight for their senseless and destructive causes,’’ he said.

President Buhari, however, stated that the government would continue, with greater level of peoples’ participation and in collaboration with international partners, to improve the security architecture of the country.

He said the Federal Government would also reduce the enabling environment that allowed criminality to thrive and eliminate opportunities for terrorism financing in the country.

On the Petroleum Industry Act, 2021, the president said the Act was part of the unrelenting effort at resolving an almost two-decade stalling on the management of petroleum resources and ensuring equitable consideration to host communities.

According to him, the Act not only overhauls the institutional, regulatory and fiscal framework of the petroleum industry but also reduces the previous opacity associated with the sector.

He said: “This is the first step to the reforms as the process is a continuous one.

“Already, to further improve the governance framework, I have sought for an amendment of Sections 11(2)(b) and 34(2)(b). We will also continue to review and amend as appropriate.’’

The president saluted the leadership and members of the Ninth Assembly for their “patriotism, dedication to duty, candour and most importantly the dispatch with which they have enacted legacy legislation for this nation.

“I do not take such level of cooperation for granted and hope it continues for the overall efficiency of the federal machinery.’’

The president noted that Nigeria’s roadmap on local refining was on track with the inauguration of a modular refinery in Imo.

According to him, a second modular refinery is scheduled for inauguration by the end of 2021 in Edo with the third one in Bayelsa by 2022.

“In addition to the modular projects, we also have the two mega refinery projects coming up in Lagos and Akwa Ibom States.

“As these refineries are commissioned, more employment opportunities are created and there would be increased petroleum products available for local consumption which will significantly reduce our reliance on importation.

“In further demonstrating our plan to reduce our dependence on oil and tapping from our enormous gas resources, this administration remains committed to the “Decade of Gas” Initiative, which is aimed at bringing to focus the utilisation of our huge gas resources.

He revealed that already the government has been supporting and promoting various gas-based projects, including NLNG Train 7 and the mega urea and ammonia projects in the South-South region.