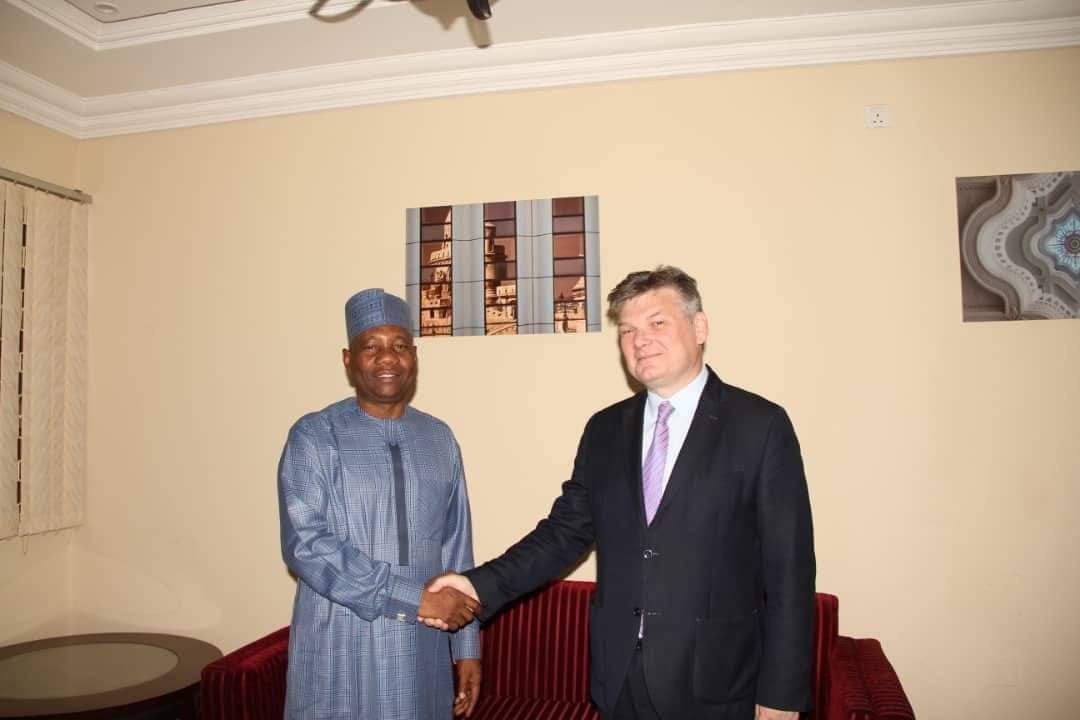 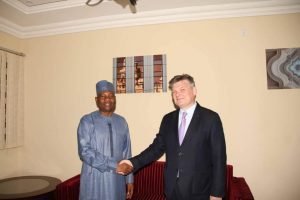 Nasarawa to benefit from bilateral ties with Hungary in agriculture, scholarships

Hungarian Ambassador to Nigeria, Dr Sandor Beer has said his country is willing to support the Nasarawa State Government in the area of agriculture, as well as scholarships in oil and gas exploration for economic development, wealth creation and job opportunities, in line with Engineer Abdullahi Sule’s economic development strategies.

Dr Beer gave the assurance while receiving a copy of the Nasarawa Economic Development Strategies (NEDS) document from the Senior Special Assistant to the Nasarawa State Governor on Liaison Office Abuja, Yusuf Maianguwa during a courtesy call on the Ambassador at the Hungarian Embassy, River Niger Street Maitama Abuja, on Tuesday.

The Hungarian Ambassador who appreciated the visit, which he described as the first of its kind since he came to Nigeria, expressed commitment to partner with the government of Engineer Sule in the areas of agriculture and scholarship to indigienes of the state to study mechanized farming especially on dry maize farming and software development which Hungary specialised on.

He said the NEDS document has demonstrated the political will of Engineer Sule’s unwavering commitment to re engineering the state to the next level of development.

Dr Sandor Beer also pledged to visit Nasarawa State soon to see the agricultural potentials of the state and further discuss on how to do business especially on oil and gas following the discovery of oil in some parts of Nasarawa State.

The Hungarian Ambassador added that for now, his country is doing business with Lagos, Sokoto and Adamawa states, promising to extend such support to Nasarawa State due to it’s proximity to the nation’s capital.

Earlier while presenting the NEDS document to the Hungarian Ambassador, the SSA on Nasarawa State Liaison Office Abuja, Yusuf Maianguwa said the document was well packaged by Engineer Sule to provide a road map for economic development of the state, thereby opening its window of opportunities on economic prosperity and potentials abound in the state for both local and foreign investors willing to invest in the state.

Maianguwa said the visit was an initiative of the Liaison office in complementing Engineer Sule’s economic development strategies and appealed to the Hungarian Ambassador to partner with the Nasarawa State Government on agricultural development and scholarship.

Yusuf Maianguwa equally told his host that has signed Memorandum of understanding MOUs with reputable conglomerates including the Dangote Group and the government of Russia on railway , sugar and rice production in Nasarawa State, calling on Hungary to also take advantage of the agricultural potentials and its proximity to Abuja to invest in the state.
Meanwhile, the SSA also received the chairman of Wellman Integrated Farm Limited, Ishaku Abdu Awatai at his office in Abuja Tuesday where they discussed on agric business for the benefit of the state.