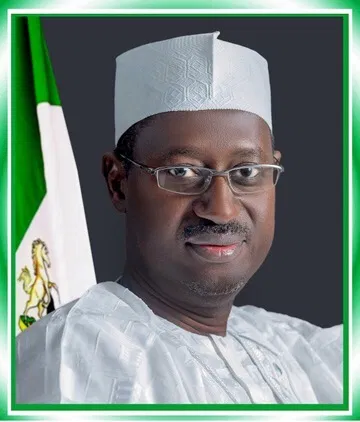 The Federal Mortgage Bank of Nigeria (FMBN) has witnessed dramatic transformation over the course of the past three years. Long perceived as a byword for sub-optimal performance, the country’s apex mortgage institution is building an impressive track record of high performance.

This positive shift is helping to redefine the government-owned entity as a more effective, innovative and reform-friendly tool for affordable housing delivery to Nigerian workers within the low- and medium-income bracket
At the heart of it is leadership. The current management of the bank under the direction of Arc. Ahmed Dangiwa has championed and sustained implementation of a reform roadmap that is delivering remarkable results.

Consider the corporate performance results which the bank made public recently – with focus on the period from April 2017, when the management team came on board to December 2019. First, the bank revealed that it disbursed loans totalling N85 billion. This implied that on average, they were able to successfully process and disburse loans worth N28 billion per year, within this 3-year period.

This is major improvement in the speed of delivery. To better appreciate the significance of this performance index, it is important to recall that between 1992 and 2016 – a 24-year period – FMBN averaged a paltry N6 billion per year, posting a meagre N153 billion in total loan disbursements. To stretch the comparison further, the performance of the current management in three-years is the equivalent of 14-years performance pre – 2017 corporate statistics.

The second point is the rapid increase in the bank’s financing of affordable housing stock development projects across the country. Out of the total figure of 28,175 housing units that the bank has funded since 1992, about 7,740 units, representing over 27 per cent of the total – fall within the past three years. This indicates that the current FMBN management team delivered an average of 2,580 housing units per year versus the meagre 851 yearly average figures for the period 1992 to 2016 (i.e. a total of 20,435 housing units within the period).

Additionally, a greater number of Nigerian workers are benefitting from FMBN affordable suite of housing loans, at a scale that is unprecedented in its history. According to the performance report, the bank provisioned a total of 43,207 housing loans – this comprises 3,749 mortgage loans and 39,458 home renovation loans within the period.

Unleashing Potential of NHF Scheme
How has Dangiwa and his team sourced funds to post such spectacular results in three years? The answer lies in effective leadership that unleashes latent institutional potential for growth and impact. The Dangiwa-led FMBN management have more than any other team before them optimised and leveraged the National Housing Fund (NHF) as a source of long-term funds to drive its aggressive push to deliver affordable housing to Nigerian workers.

During this period, FMBN’s increased nation-wide public sensitisation program, high-level engagements with stakeholders including state governments, labour unions and other housing industry persons and increased transparency saw the increase of workers who contribute 2.5 per cent of the monthly salaries to NHF scheme rise above five million. Thus, expanding the pool of finance available to the FMBN.

Notably, the bank pooled a total of N134 billion from the NHF within these three years, with N121 billion in loan approvals. This implies an average of N44 billion in total contributions per year! The difference is stark when compared to total collections of N232 billion between 1992 and 2016 at a yearly average of N9.6bn.

These astonishing improvements recorded by the Dangiwa-led team within these three years are significant in the history of housing development in Nigeria at a two fundamental levels. One, they provide solid proof that the often-criticised NHF Scheme, despite its sub-optimal impact in the first two decades of its establishment, is indeed, a good and viable scheme for catalysing affordable home delivery. Two, they show that the scheme possesses great potential to act as impact as an institutional enabler of affordable housing delivery and above all, under the right type of leadership.

The strides signal what is possible and should encourage government and relevant industry stakeholders to support and encourage the current management to sustain the momentum. As the main fulcrum of FMBN’s activities, the NHF supports the bank’s suite of affordable housing loans that target a critical segment of the population i.e. workers who fall within the low- and medium-income brackets. Provisioned at terms and conditions that are unrivalled in the market, FMBN’s products currently stack at the top as the average Nigerian worker’s best route to affordable housing.

Basket of Affordable Housing Loan Products
First, consider the FMBN NHF Mortgage Loan for one. FMBN leverages funds pooled from the NHF scheme to grant wholesale loans at four per cent interest rate per annum to its accredited Primary Mortgage Banks (PMBs) for on-lending at six per cent to NHF contributors over a maximum tenor of 30 years. The loan is secured by the mortgaged property. A contributor to the National Housing Fund (NHF) can access up to N15 million through the licenced PMB of his choice as a mortgage loan to build or purchase a home after six months of continuous contributions to the scheme.

Second is the FMBN Individual Home Construction Loan, which is designed to help contributors to the NHF scheme to access affordable, long-term housing construction finance to build their own homes. Key features of the loan comprise a maximum loan amount of N15 million that can be accessed and paid back over 15 years at single digit interest rate per annum of seven per cent.

The third product is the home renovation loan, that provides N1 million to contributors to renovate or carry out improvements on their existing homes and pay back over five years at single digit interest rate of six per cent. The innovative product specifically targets contributors to the NHF who already own their homes and are not seeking mortgage loans to build or purchase new ones. Latest results from the bank show that 42,037 Nigerian workers have benefitted from the home renovation loans since it was launched less than three years ago. Because of the ease of accessing it, beneficiaries living in rural areas and own land have been reported to deploy the funds to building complete homes using local building materials.

Yet another innovative affordable housing product is the rent to own scheme. Introduced by the Dangiwa-led management team, the rent to own scheme boasts convenient features that further reduce the financial burden on homeownership on Nigerian workers. The FMBN Rent-to-Own housing scheme provides an easy and convenient payment plan towards homeownership for Nigerian workers.

Specifically, the scheme makes it possible for Nigerian workers to move into FMBN homes – located nation-wide – as tenants, pay for and own the properties through monthly or yearly rent payments spread over periods of up to 30-years.

The scheme is available at single digit interest rate of nine per cent per annum on the price of the property. Properties with a maximum value of N15 million are eligible under the program. Other features include immediate access to a home for beneficiaries, early/advanced payment allowable, and elimination of equity down payment requirements and savings of costs related to a mortgage transaction.

From the NHF Mortgage loan to the rent-to-own scheme, the recurring decimal is affordability: single digit interest rates, longer terms for payment, zero or minimal equity requirement amongst others. By sustaining the momentum of ongoing reforms of the NHF scheme, boosting its financial resilience and ensuring that a greater number Nigerians that can access these loans, the Dangiwa-led management of the FMBN is providing practical proof of how the NHF scheme can directly impact Nigerian workers.

Low Cost Financing Windows
Yet that is but one level. The other plank is powering FMBN’s financing windows for real estate construction through products such as the FMBN Estate Development Loan (EDL) with maximum loan amounts of up to N500 million.

FMBN uses funds pooled from the NHF to provide affordable loans to reputable private developers, state housing corporations and housing cooperatives at single digit interest rates of 10 per cent per annum to help bridge the housing deficit through mass production of decent, quality and affordable houses for ownership by NHF contributors.

With a focus on affordable housing stock development, the Estate Development Loan, a legacy product of the apex mortgage bank, is designed to facilitate large scale production of houses for sale to contributors at affordable prices with the overall objective of expanding the availability of affordable housing in Nigeria.

As a result, houses built through the EDL window are built based on designs that are approved by FMBN, do not exceed N15million in price and are sold only to NHF contributors. The bank finances infrastructure facilities up to 70 per cent for private developers only while housing corporations and government own development projects are to provide 100 per cent infrastructure. Another product is the Cooperative Development Loan (CDL) to encourage members of cooperatives to access funds to build homes for their members.

In a recent briefing to the Nigerian Governors’ Forum (NGF) in Abuja, Arc. Dangiwa, the FMBN MD/CEO reported that within three years they increased registered contributors to the NHF scheme to 5,026,777 and recorded collections totalling N134 billion from the scheme to bring the cumulative collections on NHF since inception 26 years ago to N366 billion.

Other notable highlights of his report included N21 billion refunds to retired contributors to the NHF scheme totalling N21 billion, provision of finance for the construction of 7,740 housing units, provision of mortgage loans to 3,749 amongst others.

The noticeable positive shift in performance at the FMBN is not only significant, it also inspires hope for greater push to fix the rising housing deficit and should be sustained. The massive affordable housing challenges the country faces requires all relevant institutions such as the FMBN to be operating at optimal levels for any significant impact to be made. The Dangiwa-led management of the bank has proven that it has the capacity to reset the bank on the path of high performance and innovation so it can unleash its potential to impact the housing challenge more. They need the continued support of government and all relevant housing stakeholders to sustain the momentum of change at the bank.