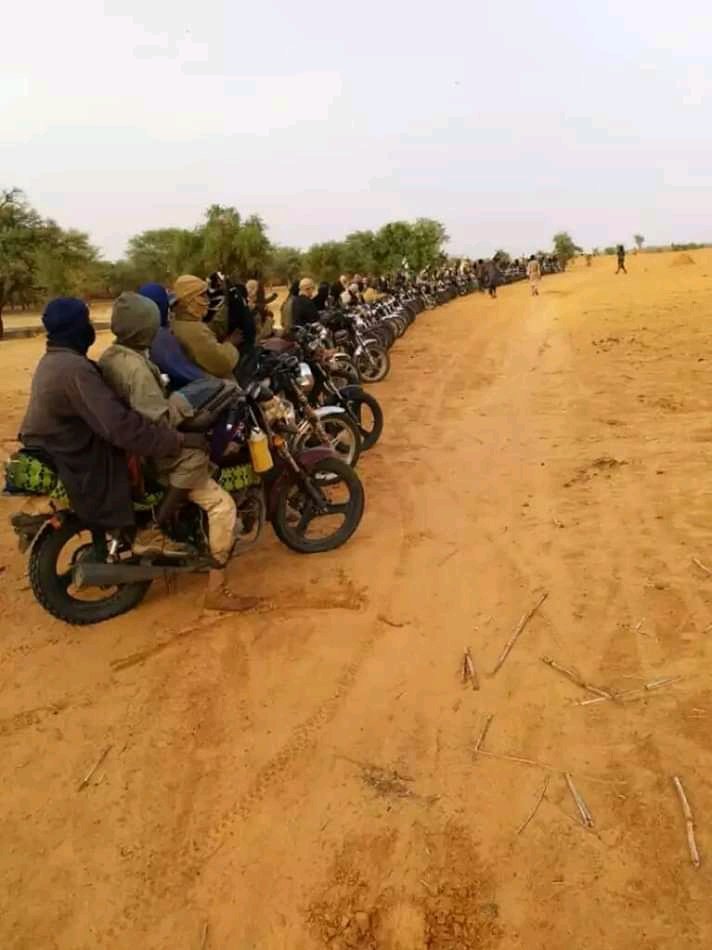 Residents of Dutsin-Ma Local Government Area of Katsina state are fleeing to neighbouring communities for safety as a result of incessant attacks and kidnappings by armed bandits in different occasions.

The residents said the area has witnessed 29 cases of armed attack, kidnapping and cattle rustling in the month of December 2019, just as they called on the federal government and the security agencies to bring the situation under control.

Speaking to journalists in Abuja, the spokesman of Dutsin-Ma Youth Forum, Alhaji Abu Abubakar Dutsin-Ma, said residents of the area are living in palpable fear, as security agencies in the state appears helpless.

According to him, the situation has reached an unimaginable proportion.

He warned that if the Federal Government fails to intervene urgently, the people might resort to self defence, noting that such move may further worse the security challenges in the country.

Abubakar blamed the State Government on the spate of insecurity in the state, noting that the cease-fire deal reached with the bandits has not yielded any result.

” It has become the order of the day to wake up to the news of kidnapping, killing and ransacking of a whole village by bandits that the government publicly claimed has reached an agreement with to lay down their arms and give peace a chance to rein”.

Abubakar, while reeling out cases of bandit attacks in what he described as dairy of cattle rustlers, armed bandits and kidnapping in Dutsin-Ma Local Government Area of Katsina revealed that between December 1 to December 31, 2019 the area has recorded the highest armed attack in recent times.

“On December 8, 2019, Nasiru Ibrahim Dandanku was kidnapped at his residence in Dutsinma town, December 17, 2019, wife of one Malam Shamsuddeen Yusuf, his daughter, and her younger sister were kipnapped in his residence at Government Science Secondary School, Dutsin-ma, December 19, 2019.

” Alhaji Kanti Kagara was kidnapped at his resident in Kagara village, December 19, 2019, Hajiya Zainab Zaria was kidnapped at Gida Mai Famfo, while on December 25, 2019, bandits attacked the people of Ruwan Dorowa village, and carted away their belongings, including 17 cows and many sheep”.

” Other cases of bandits attack according to him includes December 1, 2019, bandits attacked Alhaji Dan-Bello, a Businessman in Dutsin-Ma and collected N6 million as ransom, December 28, 2019.

” Bandits also attacked Farar-Kasa village where one Malam Mamman was gunned down at his residence, December 28, 2019, bandits attacked Jallawa village and took away many cows and sheep.

” While on December 27, 2019, Amina Usman was kidnapped at Bayan Gidan Rediyo Quarters, Dutsin-ma, and caused serious injuries to husband.”

The spokesman said that as at December 31, 2019, major parts of Dutsin-Ma was attacked by gunmen as they shoot sporadically to chase residents from their homes including traditional rulers.

“This ugly security threat is becoming worrisome and embarrassing because this is the home state of President Muhammadu Buhari who is the Chief Security officer of the country.

” It is obvious that the situation is beyond the security agents attached to the state. Therefore, we are using this medium to call on the federal government to deploy more security to the area before it is too late. Mr. President should act now.”

He, therefore, challenged security agents to verify the authenticity of cases of bandits attack, stressing that the incidents, names of victims and villages mentioned are real and can be veritable.