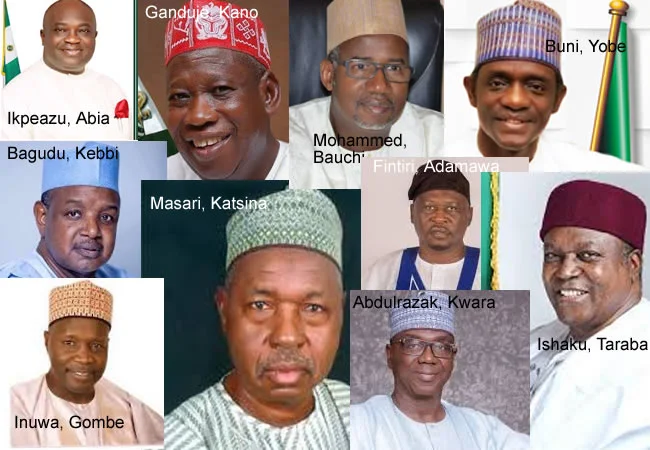 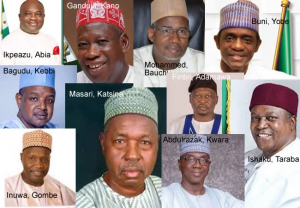 Industrial action may be looming across the country as over 20 states have yet to commence negotiations with their state chapters of the Nigeria Labour Congress as per the N30,000 minimum wage approved by President Muhammadu Buhari.

Sunday PUNCH findings revealed that barely four weeks to the expiration of the December 31, 2019 deadline issued by the NLC to states to complete all negotiations regarding how much they will pay their workers, only Lagos, Kaduna and Kebbi states had come up with their minimum wage offers.

While about six state governments are currently negotiating with their respective state chapters of the NLC, over 20 states have yet to begin negotiations with the labour union.

The labour on Friday said of the three states which had released their minimum wage offers to workers, only that of Lagos State was accepted by the union.

The labour said it rejected the minimum wage offered by Kaduna and Kebbi state governments because they were inadequate and done without inputs from the state chapters of the labour union.

The labour accused governors of the over 20 states which have yet to commence negotiations of deliberately delaying the process to achieve motives yet to be ascertained.

Specifically, the labour claimed some governors deliberately twisted the process to short-change workers in their states.

After a lengthy negotiation spanning 182 days, the labour and the Federal Government on October 18 reached an agreement on a consequential increase in workers’ salaries at the federal level.

Negotiations then moved to states after the Joint National Public Service Negotiating Council met its state counterparts in Abuja and sent letters to all state governments to begin negotiating with the councils.

A December 31 deadline was also set for the states to complete all negotiations and pay workers the new wage structure and all the arrears.

In an exclusive interview with our correspondent on Friday, the Secretary of the JNPSNC, Alade Lawal, said the labour would write another letter to states that had not complied with its directive on negotiation this week.

He said, “For now, negotiations are moving on but not at the pace we want. Only Lagos State has completed negotiations.

“In Kaduna State, the governor declared an amount but the negotiation was done without the input of labour. The salary level is very low already and even with what the governor has proposed to pay, the salaries of workers in the state cannot still be compared to those of workers in other states.

“We have negotiations going on in Kano, Delta, Ebonyi and Akwa Ibom states. We are having positive signals from those ends. Some other states like Ondo and Kogi are warming up to begin negotiations.

“We have a problem in Kebbi State. Negotiation began in the state but midway before it could be completed, the governor went ahead and issued a unilateral circular.

“He started giving N7,000 increase in salaries of workers across the board, that is, irrespective of their ranks and positions in service.

“As far as we are concerned, minimum wage has not been implemented in Kebbi State and we are asking the governor to go back to the negotiation table and do the right thing. If he fails to do this, we will meet and give an appropriate directive to our members to withdraw their services. You cannot deceive anyone at this stage.”

Lawal said the council at the national level had divided itself into groups to closely monitor negotiations in the states.

Asked what labour would do if, by December 31, 2019, negotiations had not completed in some states, the JNPSNC secretary said each state would be judged on the merit of the sincerity of the government.

He said, “To monitor what is going on in the states properly, we have divided ourselves into groups so that we can quickly and easily intervene in states where there is deadlock.

“The deadline is December 31, 2019 for all negotiations to be completed and for employees to get their money from their state governments.

“But if for one reason or the other there is the sincerity of purpose in the attitude of a state government and negotiation drags beyond the date, we will judge the situation based on its merit. But in a situation where negotiations have not even started at all by that date, you can be assured that we will react in such states.

“Once we are in the first week of December and we are not getting the expected signal, we will write the concerned states and remind them of the deadline. We can then move in and deal with such recalcitrant state.”

Lawal also accused some state governments of being lazy and not taking the minimum wage issue with the deserved seriousness.

He said, “What we have observed is that most state governments are lazy in their attitude towards the minimum wage issue. Immediately the bill was signed into law and negotiations began at the national level, we expected the states to start looking at their revenue base and what they are going to do.

“When the agreement was signed at the national level, we also expected the states to look at the new wage table and see how their states will fare. But some of them just looked at the figure without taking the necessary steps.”

Findings by SUNDAY PUNCH across some states revealed that a number of them had yet to commence negotiation with the labour union in their states.

Further investigation revealed that many of the governors had yet to set up committees that will negotiate with the labour union in their states.

Over 20 states yet to begin negotiations, four weeks to deadline

In Kwara State, the state government has yet to form a negotiation team with the workers on the implementation of the N30,000 minimum wage.

Although the joint labour unions in the state have written a letter to the governor, AbdulRahman AbdulRazaq, and attached a template from the Salaries and Wages Commission on the implementation of the minimum wage, the governor has neither replied the letter nor set up a negotiation team.

The organised labour in the state in a letter dated November 20, 2019 called on AbdulRazaq to immediately implement the N30,000 new minimum wage for workers in the state.

The Chief Press Secretary to the governor, Rafiu Ajakaye, declined to speak on the matter while efforts to get the Head of Service, Mrs Susan Oluwole, did not succeed.

The Osun State chapter of the NLC said it had decided to write Governor Gboyega Oyetola demanding that negotiation for the new N30,000 minimum wage should commence.

The state NLC chairman, Jacob Adekomi, told Sunday PUNCH on Friday that after waiting for some time, the labour union felt it should write the governor to demand commencement of negotiations.

Adekomi said, “We are having a meeting on the issue. We have resolved to write the governor and demanded immediate commencement of negotiations on the new wage.”

Although Chief Press Secretary to the governor, Ismail Omipidan, was not available for comment on the matter, an official in the state government told our correspondent on condition of anonymity that “Oyetola’s administration will continue to give priority to the payment of full salary for now.”

In Anambra State, the state chapter of the NLC said it had written to the state government, urging it to set up the committee.

The state Chairman of the NLC, Jerry Nnubia, said, “We have constituted our own committee in that respect and we have written the state government to constitute its own committee so that the negotiation will commence.

When contacted, the state Commissioner for Information and Public Enlightenment, Mr C-Don Adinuba, said the state government would always give priority to labour matters.

“We don’t have any problems with our workers. The issue is that the governor, Willie Obiano, just returned from a medical trip,” he said.

In Katsina State, the state chapter of the union has not started negotiation on the minimum wage with the state government.

The state NLC Chairman, Hashimu Hamisu, did not answer calls to his phone number.

However, a top government official who pleaded anonymity said the NLC was waiting for the decision of a minimum wage committee set up by the state before it initiated any negotiation.

In Ogun State, the NLC chapter has threatened to commence strike action anytime in December to press home the commencement of the new minimum wage.

The state chairman of the union, Emmanuel Bankole, said not less than four letters had been written to the state government without any response.

In his reaction, the Chief Press Secretary to the governor, Kunle Somorin, said the government had agreed to commence negotiation with the union.

The NLC in Bayelsa State said it had written to Governor Seriake Dickson demanding the implementation of the N30,000 minimum wage for workers.

The state Chairman of NLC, John Ndiomu, said labour was hopeful that the state government would pay the new minimum wage of N30,000 to the workers before the end of this year.

When contacted, the state Commissioner for Labour, Employment and Productivity, Collins Cocodia, said he was not aware of the NLC’s letter to the government on the implementation of the new minimum wage.

In Sokoto State, negotiations between organised labour and the Sokoto State government have also yet to commence. The state NLC Chairman, Aminu Ahmed, said what was on the front burner in the state “is how to rectify erratic payment of salary which bedevilled the state in the last three months.”

In Ekiti State, the Chairman, Ekiti State Joint Public Service Negotiating Council, Kayode Fatomiluyi, said the state council for payment of the new minimum wage to workers in the state had been constituted, adding that the government and labour were already warming up for negotiations.

In Edo State, the state chapter of the NLC said the state government was prepared to pay the new salary scale.

In Delta State, the state government said it was still studying the template of the new minimum wage and would soon go into a negotiation with labour.

In Benue State, the Special Adviser to Governor Samuel Ortom, Onde Enyi, said the government had yet to commence negotiation with labour over the new minimum wage.