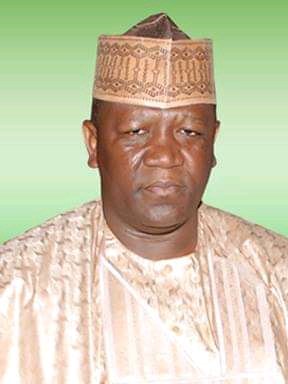 Zamfara House of Assembly has repealed the law mandating the state government to pay pension and other entitlements of former governors and deputies, as well as those of Speakers and their deputies.

Presenting the bill before the House on Tuesday, House leader Hon Faruk Musa Dosara, urged his colleagues to, as a matter of urgency, consider the repeal of the law which provided jumbo pay for former political leaders in the state to the detriment of retired civil servants who have not been paid their entitlements over the years. 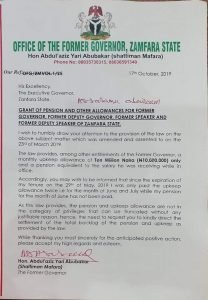 Dosara said the category of past leaders were collecting over N700,000m annually, which, he said, the present state economy could not accommodate for now.

Seconding the motion at the chamber, Hon Tukur Jekada Birnin Tudu from Bakura local government, said the abolition of the law was necessary, arguing that “it is detrimental to the socio-economic wellbeing of our people.”

After serious deliberations and contributions by House members, the Speaker, Hon Nasiru Mu’azu Magarya, ordered the clerk of the House to give the bill first and second reading.

The House then went for a committee of whole meeting, after which  the bill went for a third reading. 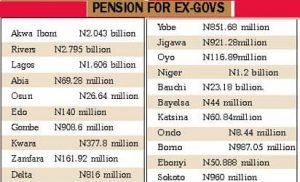 The House resolved that the bill has now been passed into law and would be sent to the governor for assent.

With this development, all past political leaders in the state will no longer enjoy any entitlements unless those prescribed by the National Revenue Mobilisation Allocation and Fiscal Commission.