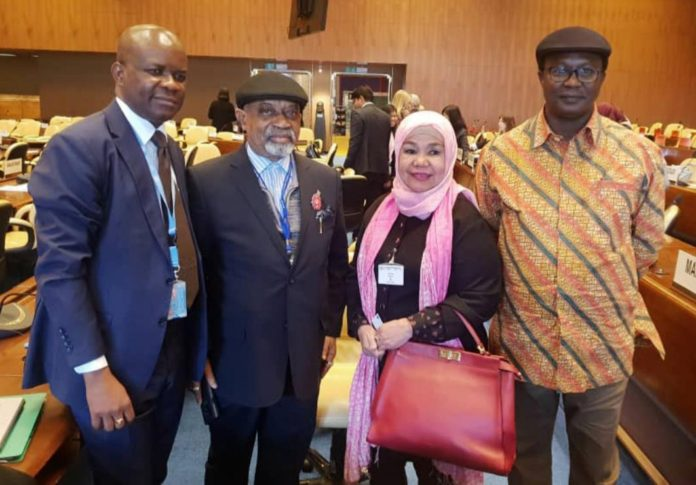 The Joint National Public Service Negotiating Council (JNPSNC) has directed its state councils to begin negotiations for consequential adjustment and implementation of the minimum Wage. 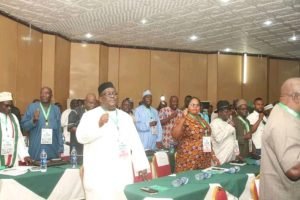 NAN reports that after the Federal Government agreed on consequential adjustments and percentage increase for workers in the Federal civil service with organised labour on Oct. 18, the joint negotiating council in each state is expected to open negotiation with its state government.

However, state governments under the auspices of the Nigeria Governors Forum, had said that they would only pay according to the financial standing of their respective states.

The Chairman of the Council, Mr Simon Anchaver at a meeting in Abuja noted that the Union has also given state governors Dec. 31, as deadline for implementation of the new minimum wage.

According to him, the Union had adopted the deregulated collective bargaining style to ensure that state governments also negotiate what they can afford, so long as it was not lower than the N30, 000 benchmark.

According to him, “Any governor that said he’ll not pay stands to be impeached.”

Also, the Secretary-General of the JNPSNC, Mr Alade Lawal, noted that the Union had agreed with it’s state councils to start sending our letters to state governments, saying negotiations ought to start upon receipt of such letter.

“Negotiation with state governments starts anytime from today, we have
agreed that the joint national negotiating council should send letters
to state governments which will be sent tomorrow, the draft for the
letter is ready.

“We will first send it to our members’ email addresses in the states
and then we will send the hard copy to the state governments, Negotiation starts immediately after the receipt of the letter.”

Lawal said the council was still expecting an agreed template from the National Salaries Incomes and Wages Commission (NSIWC), to act as guideline to states for onward negotiations.

“There are three documents handed over to the state negotiating council
chairmen, the first one is the agreement we signed with the Federal
Government on the consequential adjustment. I am sure the press
already has it.

“We are expecting a circular from the National Income, Salaries and
Wages Commission but we are being proactive. We have decided to
develop a table on consolidated public salary structure and the
consolidated health sector salary arrangement.

“This is like a replica of the table that we are expecting from the
NISWC based on the agreement that we signed with the FG. This was
given to state negotiating council chairmen to serve as guide so that
they can have a view of what it looks like when they start their own
negotiation in their states.

“It however does not serve as the circular we are expecting from the Federal Government
through the NISWC.

“The FG will still issue the circular in respect of
the new wage structure so the one we have done is not binding but just
a working document between us and our counterpart in states.

“We are hopeful that by December 31, all negotiations should be wrapped
up. In areas where we have difficulties, we have decided to move in as
a group to shut down the space towards ensuring that implementation is
done.”

The secretary general expressed hope that the negotiations in the state level would not go beyond the agreed benchmark, noting that the national minimum wage was the lowest anyone would go.

“The agreement we had with the FG is the minimum for the states. Some
will go beyond it but no one will go below it.

“There are some states that have low salary level. They have to discuss
something higher that what we had with the FG. It depends on
peculiarity of the states. If you say 23.2 per cent increase for a
level seven officer in the federal civil service, it boils down to
about N15,000.

“But if you apply the same percentage for workers on the same level in
some state civil service, it translates to about N4,000. In that case,
you have to be able to negotiate a higher percentage to be able to get
something close to N15,000 we are talking about in this case. That is
where the negotiation comes in.

“There are different peculiarities in
states and that is why we don’t want to give a blanket statement on
what to do. With the discussion we have with the state officers, they
know what to do.

“These are what we discuss at the meeting. We also shared information
and data on some of the statistics that I told you about.

“We also shared with the state council chairmen our experiences, the intrigues to be involved, the blackmail, the need for them to be honest and
resilient; I want to believe that they are well guided.

On possible resistance from state government, Lawal said, “we will cross that bridge when we get there”.