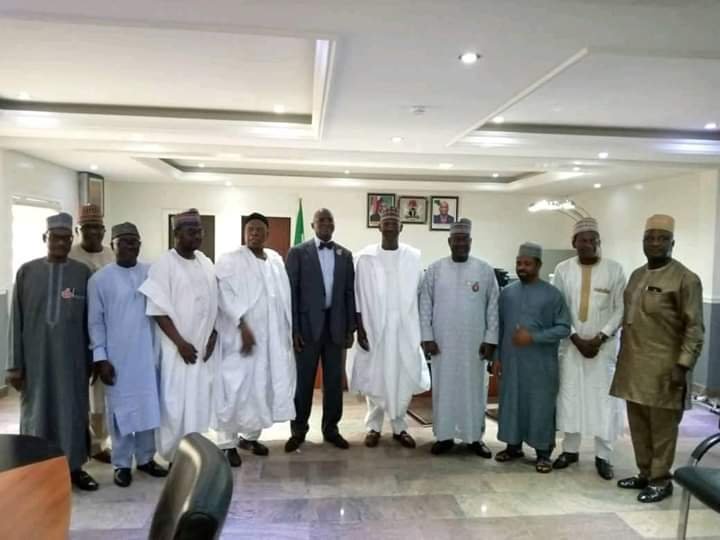 The leadership of the Senate on Monday waded into the raging dispute between the Academic Staff Union of Universities (ASUU) over the implementation of the Integrated Payroll and Personnel Information System (IPPIS).

President of the Senate, Ahmad Lawan, alongside some members of the Senate, met with ASUU leaders at the National Assembly to better understand the crux of the matter between the varsity teachers and the Federal Government over the payroll system.

ASUU President, Biodun Ogunyemi who led his team, presented the union’s position and argued that the IPPIS should not be run within the university system in the country because it’s a violation of the University autonomy.

Responding, Lawan said the intervention by the Senate leadership was to find an amicable resolution of the matter to ensure that there is no disruption of the school system.

“For us at the National Assembly, we are always prepared to take every necessary step to intervene, to ensure that our tertiary institutions remain open and functional.

“At the end of the day, we don’t want our institutions closed because the repercussions are always much more on the students than on those who are supposed to deal with the issues.

“We are all in this together. We believe that Nigerian education sector, particularly at tertiary level, needs some serious support at this point,” Lawan said.

Before the meeting went into a closed door session, the Senate President said the next step will be to find out from the officials of the Federal Ministry of Finance what they consider as the way out of the disagreement to avert any strike.

Lawan added that he was not comfortable that some agreements were signed in the past even when the government was aware that such deals cannot be implemented.

On the issue of funding, the Senate President said “the truth is that, we can only do our best at this stage. We have serious financial challenges in terms of budgetary allocations.

“It is our duty as members of the National Assembly to ensure that any revenue due to the Federal government of Nigeria is captured and remitted properly so that when we have sufficient revenue, we can fund our educational sector better.

“We will work hard on this but I want to assure you that, in the legislature, you have a partner. We will work with you and ensure that we resolve this issue without recourse to any strike or closure of our institutions,” Lawan said.