WAANSA WRITES IGP, CALLS FOR A THOUSAND MATCH IN MARCH

The Director Media Advocacy of the WEST AFRICAN ACTION NETWORK ON SMALL ARMS (WAANSA), Mr. Igwe Martins, has announced to the media, that the group will embark on ‘A THOUSAND MATCH IN MARCH’, if a certain Mr. Dickson Orji, who is a member of the Presidential Committee on Small Arms and Light Weapons, didn’t apologize to President Buhari, ECOWAS and the UNITED NATIONS within 14 days, for trying to sabotage the group’s (WAANSA) collaborative engagement with the National Bureau of Statistics (NBS), to Conduct a survey on unsanctioned access to small arms in the country.

When interviewed on the matter by our reporter; the WAANSA Director – Media Advocacy, Mr. Igwe Martins said;
“Of recent, over 28 police officers have been killed in Kaduna alone, by criminal elements in possession of illegal firearms; and over 600 police officers’ wives have become widows, with their children rendered hopeless because of the death of their husbands, fathers and bread winners, who paid the supreme price on the line of duty, while fighting these criminal elements in possession of illegal firearms, and to protect innocent citizens of Nigeria from harm.

So as a Network of NGOs (WAANSA), and considering that today is International Women’s Day, we (WAANSA), thought it wise that the only thing we could do, to make sure that the soul of the departed brave officers rest in peace, and that their death will not be in vein, and to give hope to their widows, is to start an initiative that is aimed at halting what killed their husbands.

The National Bureau of Statistics (NBS) had agreed to collaborate with us on the initiative, but unfortunately; Mr. Dickson Orji, a member of the Presidential Committee on Small Arms and Light Weapons, wrote to the NBS to stop the initiative.

So now in response to Mr. Dickson’s actions, we (WAANSA), wrote to the Inspector General of Police, to demand answers as to why a member of the Presidential Committee on Small Arms and Light Weapons, will seek to sabotage our effort, by writing to the National Bureau of Statistics to Stop an Initiative that is aimed at reducing illegal proliferation of small arms and light weapons, and foster peace and security in the country, which the government is spending billions of Naira to realize?. 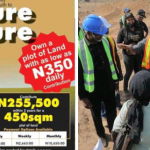 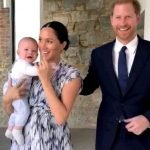