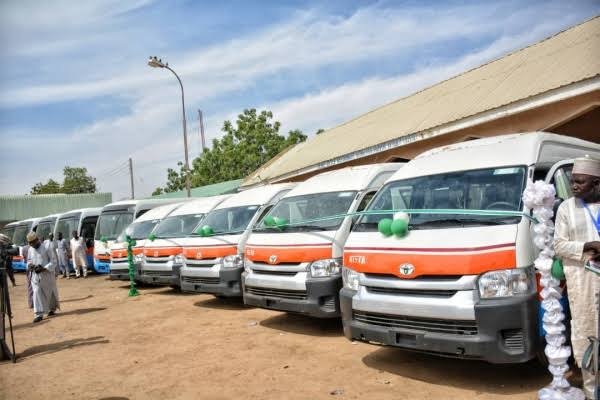 Gunmen suspected to be bandits on Sunday morning attacked a commercial bus belonging to the Katsina State Transport Authority (KSTA) and killed the driver.

The KSTA Managing Director, Alhaji Haruna Musa who confirmed the incident to the News Agency of Nigeria (NAN) on Sunday in Katsina, mentioned the name of the driver as Nasir Yusha’u.

Alhaji Musa explained that only the driver was shot dead by the bandits who were passing through the route when the driver arrived with the passengers.

“He was coming from Jibia to Katsina, at about 11a.m when he ran into the bandits. Immediately the driver saw them, he tried to stop and go back.

“But unfortunately to him, one of the tires of the vehicle was hooked by sands, that was how they shot him to death, and the passengers started running.

“The bandits collected the phones and other things belonging to some of the passengers and left the scene.

“The conductor of the vehicle who narrated to us what actually happened said none of the passengers was kidnapped by the bandits.

“Since then, we have not heard any report that one of the passengers in the car is missing during the attack,” he said.

NAN reports that the Katsina to Jibia road, with about 46 Kilometres, has over 15 different security check points.