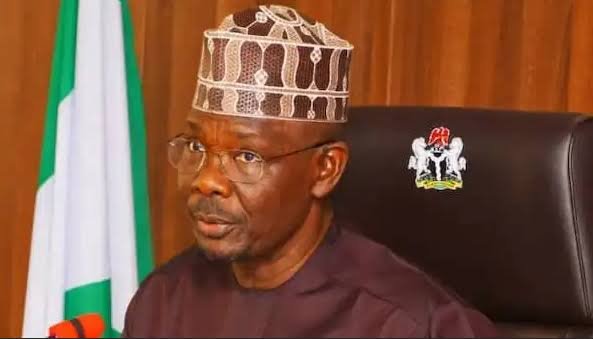 Sule announced the appointment on Thursday, when members of the Igbo community paid him a courtesy visit at the Government House in Lafia.

The duo reside and ply their businesses in Lafia and Karu towns, respectively.

The governor thanked them for their visit and continued support to his administration.

He also commended them for demonstrating their entrepreneurial prowess in the state and disposition to live in peace with their hosts.

He urged them to feel free and safe to live in any part of the state.

Sule further urged them to ensure they registered for their Permanent Voter Cards in order to vote in the upcoming general elections.

He said: “It is important for you to understand that wherever you live is your home.

“It is important that you register here in Nasarawa State.

“It’s good for you to vote for persons that will represent you directly where you live.

“I’m urging you to stay and register in Nasarawa State so that you will feel comfortable voting for people that would make impact in your life.”

The governor reaffirmed his administration’s commitment toward ensuring adequate security for lives and property of the entire residents of the state.

According to him, security remains a priority of his administration.

He also promised that his administration would continue to provide critical infrastructure, such as roads, water, education and health, amongst others.

Earlier, the Eze Igbo 1 of the state, Igwe Nathaniel Udeh, thanked Sule for his unprecedented development strides within the past three years.

Udeh, whose speech was read by his Secretary, Chief Simon Okoronkwo, reminded the governor of his earlier promise to appoint two members of the community in his administration.

He assured Sule of the continued support and prayers by the community for the success of his administration.

The News Agency of Nigeria (NAN) reports that the highpoint of the visit was the conferment of “Aguneche Igbo (the Tiger that projects the Igbo community) 1” of Nasarawa State on Sule by the Eze Igbo.