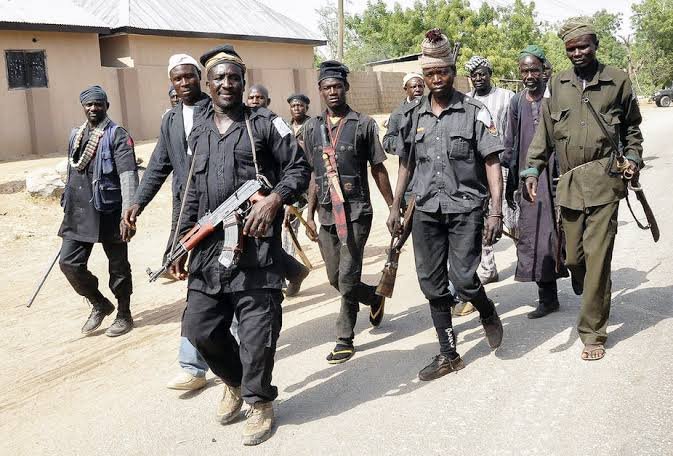 The rescued victims are: Mallam Sanni Uwaiti and Ramatu Tukur, both of Toll Gate area, along Okene and Ajoakuta axis.

Arms and ammunitions belonging to the kidnappers were also recovered.

Ohiare said the two kidnappers met their waterloo during an operation against terrorists carried out by a combined team of the vigilance group and local hunters in the early hours of June 26.

“One of the kidnapers died during a shootout with the vigilance group and the other, who was seriously wounded, died on the way to the hospital.

“The gang had been terrorising motorists on Okene-Lokoja road and Okene-Auchi road of Kogi before the operation.

“The early morning operation successfully led to the rescue of two abductees held captive by kidnapers at Upogoro Hills in Okehi,” he stated.

The Chairman explained that the operation was in response to Gov. Yahaya Bello’s directive to the Council Chairman to swing into action and Make Okehi LGA and environ safe.

He said the Council would leave no stone unturned in its bid to rid Okehi LGA of all forms of crimes and criminality.

He added that the council appreciative of Bello for considering the security of lives and properties of Kogi citizens as a top priority of his administration.