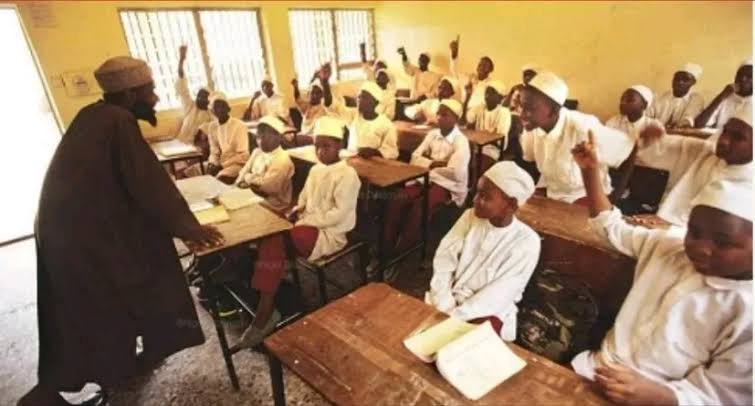 The National President of Modern Tsangaya Schools and Students Development, Dr Sayyid Hassan, has urged the Federal Government to establish an agency for Qur’anic Schools and Almajiri Affairs.

Hassan made the call on Thursday in Kano at a Stakeholders Engagement lecture on Almajiri Reforms, organised in collaboration with Adamu Abubakar Gwarzo (AAG) Foundation.

The lecture has the theme: “Innovative Centred Approach: Solutions for Sustainable Development.”

He said that the agency would be responsible for implementing policies and programmes that would improve the Almajiri system and enhance wellbeing of the Qur’anic school pupils.

The President also stressed the importance of unity among Tsangaya teachers, to enable them to achieve their aims and objectives.

He also described as sad the situation where the Almajiris were being projected negatively in social media platforms by some individuals.

The President called on the media to assist in sensitising the public to the need to support Tsangaya schools in the society.

Prof. Adamu Abubakar-Gwarzo, the President and Founder of Maryam Abacha American University of Nigeria (MAUUN), stressed the need for all and sundry to support the system and its students.

He explained that a research conducted revealed that Qur’anic Tsangaya schools in Nigeria had similarities with their counterparts in Morocco.

“The systems were introduced at the same time, but the system has gone far in Morocco.

“In Morocco, such schools have primary, secondary and tertiary levels, where majority of students were products of Tsangaya system right from the grassroots,” he said.

Also, the Chairman, Editorial Board of the Prime Time News, one of the parners for the programme, Malam Abdullahi Yusuf, who spoke on behalf of its Chief Executive Officer (CEO), Mr Ibrahim Garba-Shuaibu, described the forum as timely.

According to him, it came at a time when the government was looking for ways to reform the Qur’anic system of education.

Yusuf assured that the medium would continue to disseminate activities aimed at improving the system and the wellbeing of the Almajiri.

He pointed out that dearth of infrastructure and feeding as well as “the negative public perception about the Almajiri system” were among the major problems bedeviling the system.

Yusuf, however, said that the problems could be addressed with the establishment of the agency to take care of Qur’anic schools and their pupils.