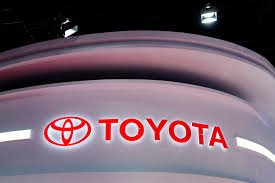 Japanese carmaker, Toyota, on Wednesday announced that it would cut its global production plan by about 50,000 units compared to the figure provided to suppliers at the beginning of the year.

Toyota said that it has decided to extend a suspension of operations at some of its plants and production lines due to the continued impact of a COVID-19 outbreak at one of its suppliers.

The company’s global production volume for July is expected to be approximately 800,000 units, while it estimates that the figure would go up to an average of 850,000 units for July through September.

However, it said that its production forecast for the fiscal year remains unchanged at approximately 9.7 million.

The company noted that there is a possibility that the production plan may be lower.