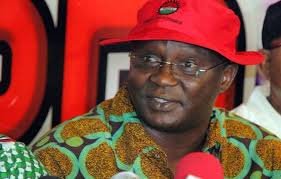 The Nigeria Labour Congress(NLC) says there is need for the Federal Government to review the extant fiscal policy regime to drive private sector as the engine room to national development.

The theme of the summit is: “The Private Sector, An Engine Room for National Development”.

According to him, the choice of the theme is very apt and instructive, especially at a time like this when the capacity of the private sector to serve as the engine for economic growth.

“That is in job creation and national development are being undermined by a number of factors.

“These factors include very hostile fiscal policy environment, particularly multiple taxations, high interest rates, extreme volatility of the exchange rate, infrastructure deficits and the intolerable level of insecurity in the country, ’’ he said.

He said that all over the world, the private sector had proved to be a veritable partner with government and the working class in value addition and wealth creation “and Nigeria cannot be different’’.

Wabba said that for the private sector in Nigeria to be adequately enabled to play its part in engendering economic growth, there should be creation of decent jobs and fostering sustainable national development.

“It is important that we remind government that it must play its own part of creating the enabling environment for production to happen and development to occur.’’

He said the congress had always made the point that there would never be any meaningful national development unless government addressed the infrastructural gaps in the country.

According to him, of particular concern is the near comatose of our public electricity supply.

“Organised labour has concluded that the deteriorating state of public electricity supply in Nigeria as at today, especially as evidenced by the fact that most productive and residential spaces in Nigeria no longer enjoy up to six hours daily.

“Public electricity supply confirms that the recent privatisation of Nigeria’s power sector is a complete failure,’’ he said.

He said that government had tried to offer palliatives and bailout funds to the so-called private portfolio investors in the electricity sector but to no avail.

He said that Nigerians were still paying heavily for megawatts of darkness.

Wabba said the private sector could not wait endlessly for affordable and sustainable public electricity supply.

“Nigeria is losing many businesses to neighbouring African countries where electricity supply is more predictable and available.

“The high cost of running a diesel economy, which by the way is both excessively expensive and hardly available, is borne by poor Nigerian workers and people.

“This because they are left to deal with associated hyper-inflation which is not only wiping out savings but also erasing the income of the working class thereby ballooning the community of the working poor in Nigeria.

“We demand the reversal of the power sector privatization and the return of the privatized assets to the public,’’Wabba said.

He said it was government business was to ensure that Nigeria generates enough electricity, to provide the private sector and citizens with tools needed for innovation, production, entrepreneurship and value addition for national development.

He, therefore, called on government fix other sore points in the public infrastructure including expansion of the rail network, rehabilitation of roads, others and the development of robust inland waterways.

According to him, there is also the need to review the extant hostile fiscal policy regime, especially with respect to high taxation, unstable concessions, and volatile exchange rate.

“The issue of security is also very paramount as no investor would put his or her resources in a volatile and chaotic environment.

“The onus is on government to provide the incentives that would keep the wheels of production in Nigeria turning.

“The bottom-line is that we must return our country to the production formula and abandon the wasteful culture of sharing formula,’’ he said.

He said that there was need to bring back the textile mills in Bompai Kano, Kakuri Kaduna and factories on Oshodi-Apapa Industrial axis.

He said there was also a need for the government to bring back the multinational manufacturing firms in Trans-Amadi Port Harcourt, Aba and Onitsha.

“We just have to get Nigerians back to work,’’ he added.